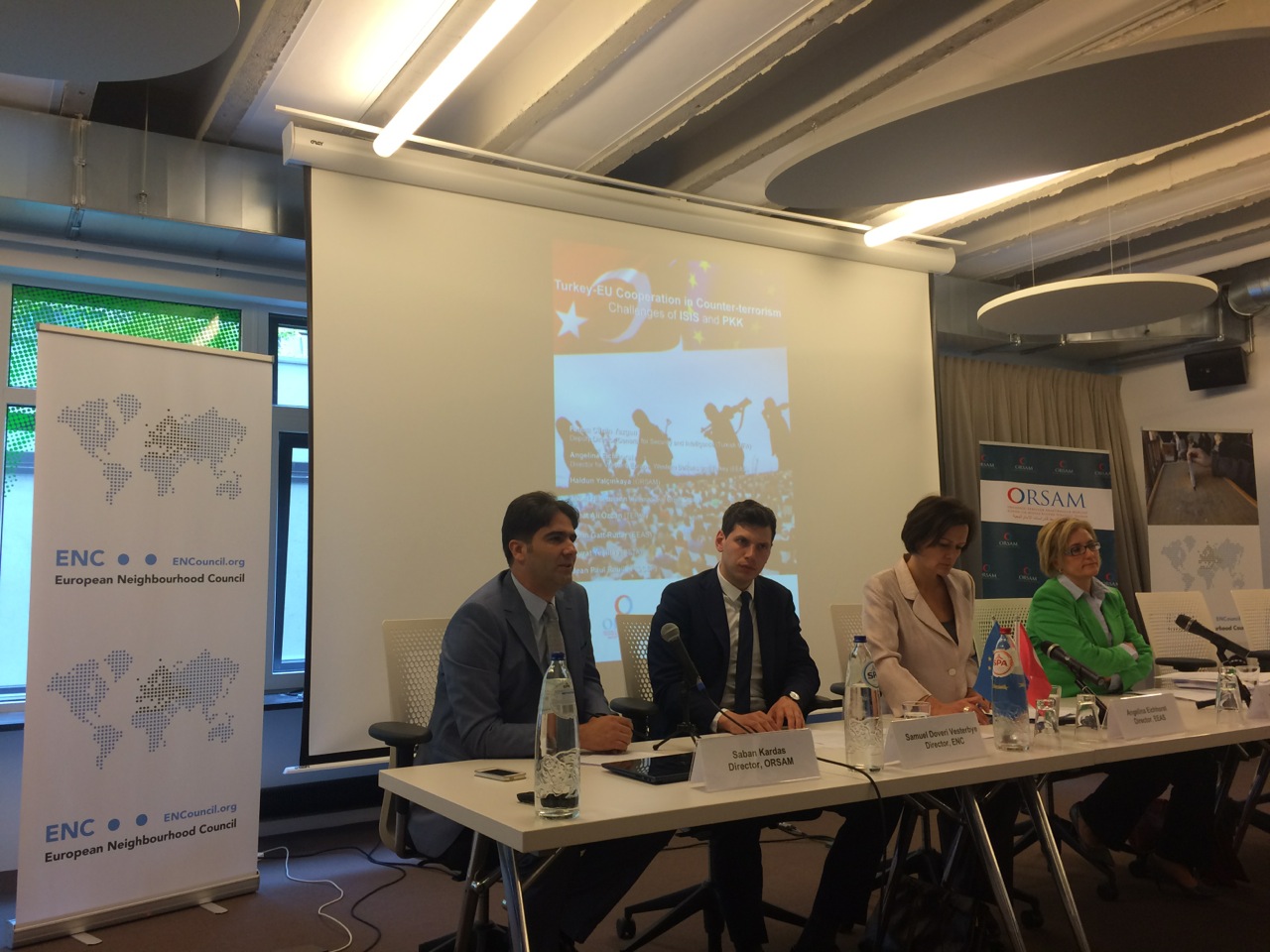 “Turkey-EU Cooperation in Counter-terrorism: Challenges of ISIS and PKKâ€ was held in Brussels on the 9th of July, one day after official counter terrorism talks between Turkey and the EU ended with successful progress.

Due to the relevant topic and the high profile speakers, several news articles were written about the event and the importance of further non-governmental involvement in counter-terrorism between Turkey and the EU.

Some of the articles included:

Several expert panels brought together a group of civil society counter terrorism experts and high profile speakers from academia and EU institutions from both Turkey and the EU. The event was hosted by the European Neighbourhood Council (ENC) and the Center for Middle Eastern and Strategic Studies (ORSAM).