A New Road Transport Cooperation Between Turkey and European Union: Expectations and Possibilities

A New Road Transport Cooperation Between Turkey and European Union: Expectations and Possibilities. A week of consultations, meetings, and roundtables in Brussels with the European Neighbourhood Council (ENC).

Between the 22nd and 25th of February, the ENC organized a series of consultations and dissemination with the European Parliament, DG Move, DG Trade, DG Near, TOBB, and Eurochambers for the release of our four new reports on EU-Turkey, EU-Polish, connectivity and transport relations. The project and reports consist of road transport representatives from Poland and Turkey, as well as academic and think-tank institutions. The timing came at a relevant moment, since the ongoing Russian-Ukrainian war – and new sanctions against Moscow – will deeply impact Eurasian road connectivity and the transportation sector for lorries in particular.

The official partners of the project and authors of the four reports include the European Neighbourhood Council (ENC – co ), the European Union and Global Research Association (ABKAD – lead), along with the International Transporters’ Association (UND – co ), and  Zrzeszenie Międzynarodowych Przewoźników Drogowych w Polsce (ZMPD – co). The four reports deal with a variety of relevant economic subjects and include detailed recommendations. They namely-include road transportation transit costs, inefficiencies/bottle-necks at the Bulgarian-Turkish border, the importance of renewing the EU-Turkey Customs Union, the serious problem of trade irritants and rule of law issues originating from Turkey, and a variety of unfair burdens which target the Turkish transport sector. Taking into account the likely deviation of some transport routes originating from China and Kazakhstan towards the southern/middle corridor instead, and thereby passing through Turkey, it is urgent and likely that the issues of Bulgarian-Turkish crossing-times, delays, administrative issues will further amplify. It is estimated that over one hundred thousand trucks may no longer be able to use the northern route, depending on the exact impact of sanctions and the war in Ukraine.

During Day 1 (22/02/2022) the ENC held a preparatory meeting with all Project partners in which the Project activities and reports were discussed in detail, including planning and scheduling.

During Day 2 (23/02/2022) the ENC organized a closed-door roundtable with all Partners, including also technical experts, policy-makers, and government representatives in order to present each report and discuss the details of transport policy, EU-Turkey Customs Union, impact assessments, connectivity strategy, and impact on road-transport, and looking at EU-Polish-Turkish economic relations in concrete figures. Speakers and authors included Aysegul Ketenci, EU Expert from UND, Dr. Nicola Contessi, ENC expert and Research Associate at York Centre for Asian Research, Anna Wieczorek and Tomasz Malyszko, main specialists in road transport from ZMPD, and Dr. Can Baydarol, the Vice President of ABKAD. Guests and other expert speakers included Alper Ozel, Chief Executive Chairman from UND, as well as Murat Kavalali from ABKAD and invited participants from the European Commission (DG TAXUD, DG MOVE, DG NEAR, DG TRADE), the European Parliament, think-tanks, missions, and delegations, as well as business associations. The roundtable was moderated by Samuel Doveri Vesterbye, ENC Managing Director.

A special networking lunch for participants was organized, in which participants and speakers had the opportunity to exchange views and continue discussing EU-Turkey economic relations, transport corridors, infrastructure connectivity, renewables, all in the context of the new geopolitical realities in Ukraine and Russia.

During the afternoon a press meeting was organized with journalists, in which each report author had the opportunity to explain the reports in detail and take questions and answers from journalists dealing with transport and connectivity.

During Day 3 (24/02/2022) the ENC recorded two separate podcasts, one with the expert authors from the reports, in which road transportation and EU-Turkey customs union were discussed, and a second podcast with Dr. Niclas Poitiers who is a Research Fellow and specialist in trade, macroeconomics, and EU foreign economic policy at the leading economic think tank Bruegel. The conversation between ENC Managing Director Samuel Doveri Vesterbye and Dr. Poitiers focused on the increasing importance of a renewed EU-Turkey Customs Union and the importance of a more transparent, open, and rules-based Turkey, in which rule of law can support a stable lira, investor confidence and increased EU-Turkey economic relations. The podcast also included detailed exchanges about the number of investments, companies, and economic relations which exist between EU companies, namely in Germany, and their counterparts in Turkey, while the discussion about debt, spending, and interest rates was also touched upon.

Both podcasts will be available and distributed via ENC in the upcoming weeks.

During Day 3 (24/02/2022) the ENC also organized a roundtable meeting and visit the European Parliament, in order to meet parts of the Polish Delegation, who have worked on the Mobility Package and were interested in meeting with the Polish transport organizations, as well as with other relevant stakeholders. The event was organized and hosted by the ENC in cooperation with Ipek Tekdemir, while Samuel Doveri Vesterbye co-moderated the roundtable. Discussion points surrounded Customs Union reform, Polish truck-sector concerns, Turkish truck-sector concerns, the impact of sanctions on the transport sectors, and the importance of connectivity and support for transportation, including details regarding the Mobility Package. 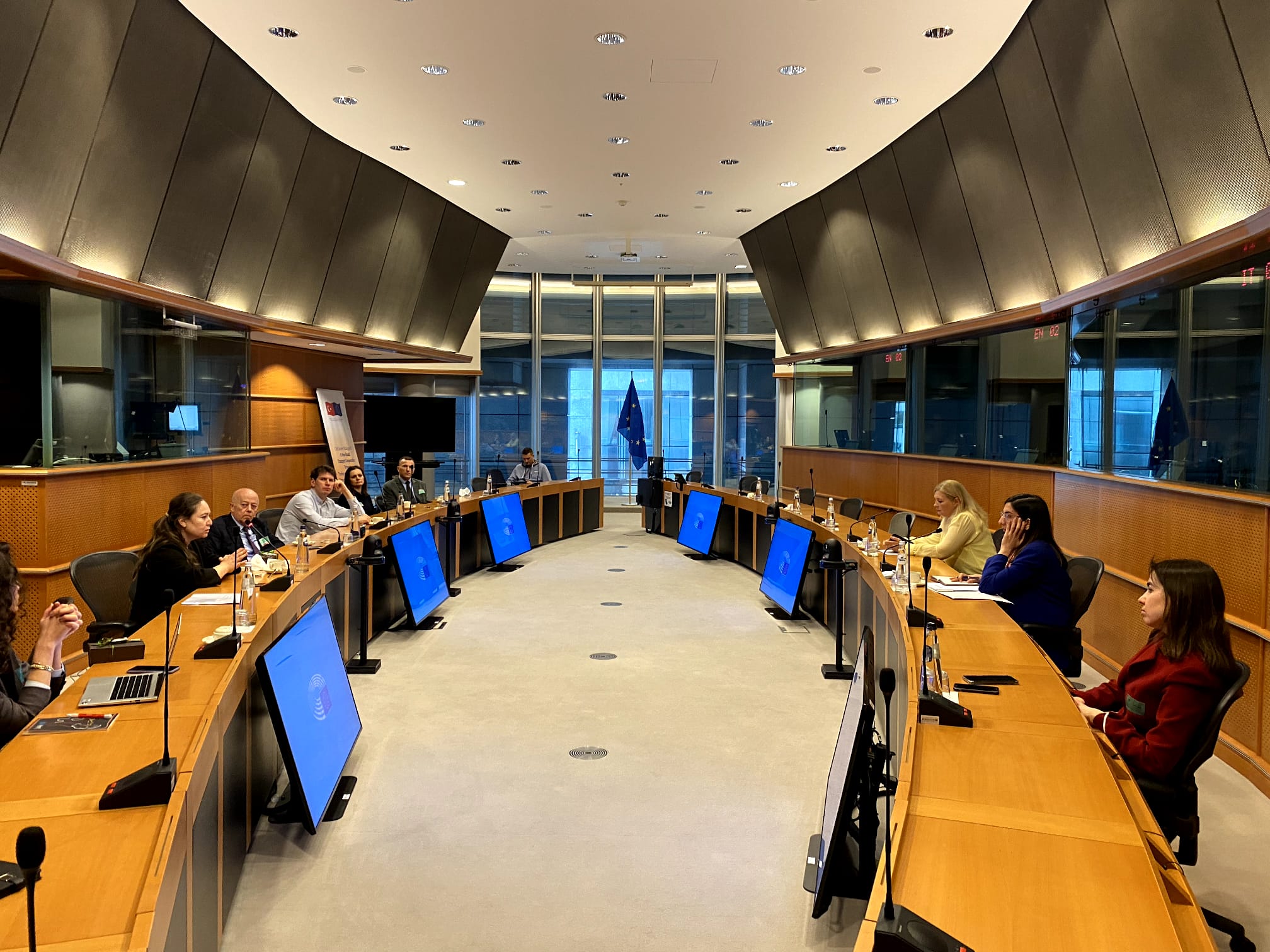 During Day 4 (25/02/2022) the ENC organized private meetings with Eurochambres, TOBB, and IKV. During these meetings, both the Polish and Turkish representatives were given the opportunity to discuss and exchange technical information, including recommendations from the reports, to the representatives from Europe’s leading association of European Chambers of Commerce and Industry, representing over 20 million businesses in Europe. The meeting also included concluding and contextual remarks from ENC Managing Director Samuel Doveri Vesterbye about how the EU-Turkish political relationship is impacting the technical, business, and economic relationship, notably in terms of transport, connectivity, and trade. After the meeting with Eurochambres, another meeting was led by Evren Bingol from UND with members of the ‘Green Corridor Network’.