Active Democracy in Turkey and the European Union

The European Neighbourhood Council (ENC), in cooperation with TOBB Economics and Technology University (Ankara, Turkey), and with the support of the Friedrich Naumann Foundation (FNF) Turkey, the Delegation of the European Union (EU) to Turkey and the Economic Development Foundation (IKV), organised a lecture titled “Active Democracy in Turkey and the European  Union”, which took place on the 28th of February 2020 at TOBB Economics and Technology University. 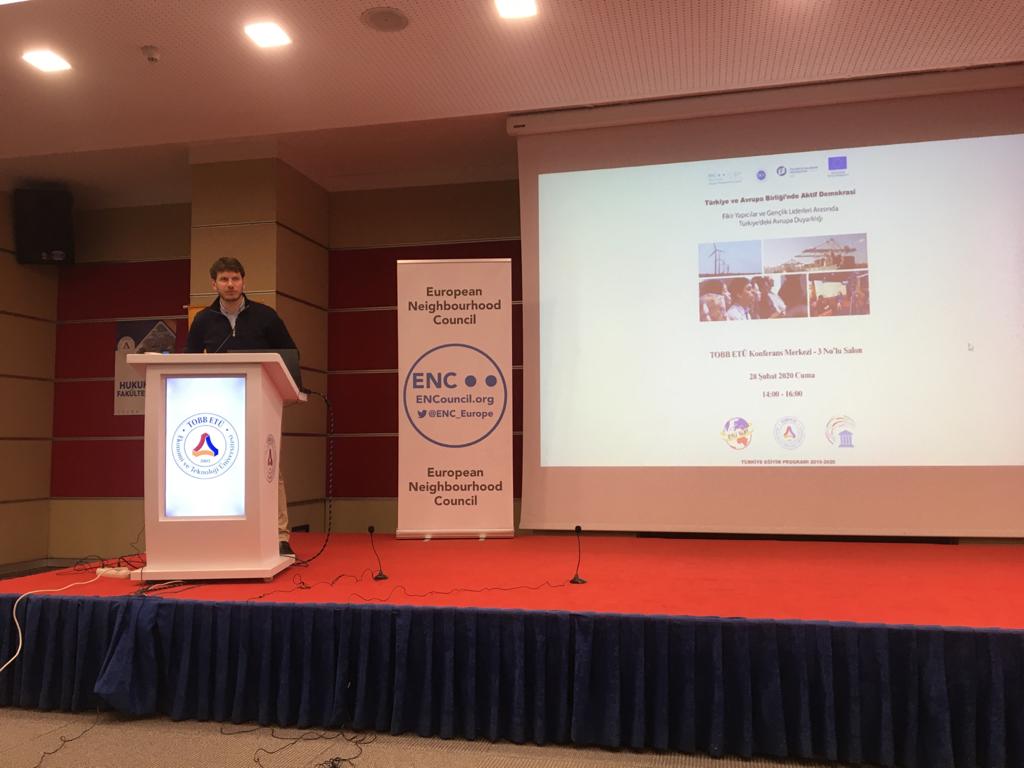 Prof. Dr. Ihsan Sezal, Dean of the Economics and Administrative Sciences at TOBB Economics and Technology University, chaired the lecture and opened the floor for discussion.  Mr. Samuel Doveri Vesterbye, Managing Director of ENC, delivered the keynote speech, sharing his views on the current changing world and politics among the frozen accession process, which he recognized has led to a strained EU-Turkish relationship and mutual mistrust. Nevertheless, he underlined that ongoing cooperation still benefits the everyday lives of both EU and Turkish citizens, as is clearly visible in many issues, from consumer protection and environmental projects, to trade and countering terrorism. For instance, the participation of Turkey in the EU’s customs union, which means that the country’s legislation is aligned with EU laws, has made it a true economic powerhouse and model in the Middle East and around the world. As for the campaign against corruption, Mr. Vesterbye stressed that it is indeed a continuous “fight among equal citizens who want to see their taxes spent on roads, hospitals and innovation, instead of going into the pockets of politicians”, both inside and outside the EU.

Mr. Ataberk Ozcan, Founding Chairman of Jus Gentium, a Paris-based NGO which promotes international law, delivered a lecture which gave an overview of EU-Turkey relations in the framework of active democracy. 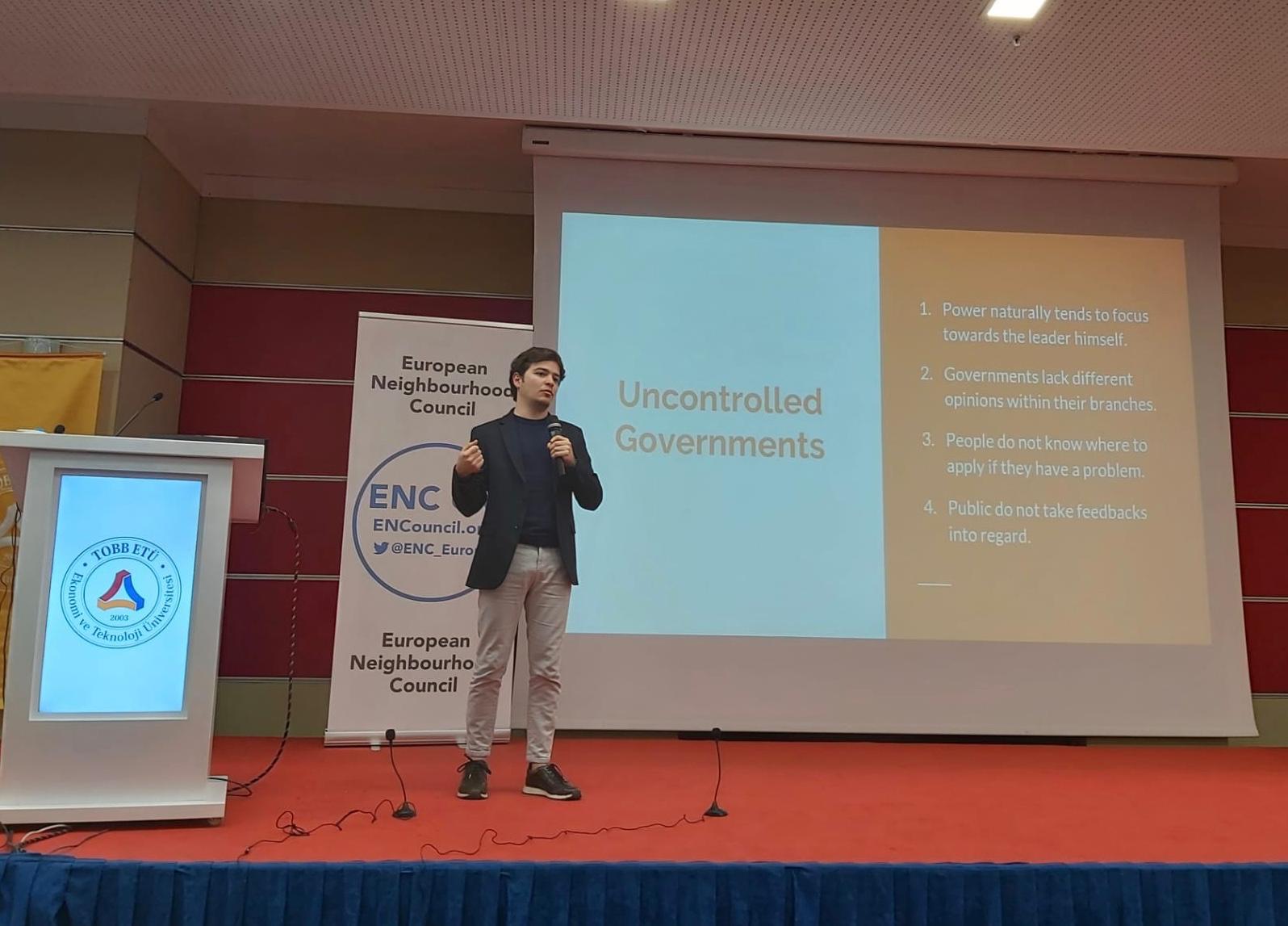 Mr. Ozcan started his presentation by introducing the idea of democracy, which has recently been put under serious pressure, in places ranging from the United States to Eastern Europe and Turkey, and is blamed by some for fostering populism. Majorities rule at the expense of minorities, false information and manipulative rhetoric thrive, and checks and balances are forgotten. However, Mr. Ozcan argues that it would be a mistake to attribute these faults to democracy itself. Instead, he explained, this outcome was provoked by gross inequalities brought about by the collapse of both economic and political spheres. Governments fail to fulfill their duties and maintain a naive stance towards large corporations. Europe, on the other hand, is a multidimensional body, where checks and balances have the potential to be conducted by its 27 member states together. Europe has a lot to offer for those who are willing to learn from it, from education and the battle against fake news to more stringent regulation of capital, representatives parliamentary politics and strong checks and balances. Europe can definitely inspire Turkey and is able to provide many state-of-the-art solutions for political problems.

The fourth lecture is scheduled to take place at TOBB Economics and Technology University on the 5th of March 2020 and will focus on “Shaping the European Future: Present and Further Challenges for the Representative Polity” with Ms. Selvi Eren, Junior Researcher at IKV.