Active Society in Turkey and the European Union

The European Neighbourhood Council (ENC), in cooperation with Mugla Sitki Kocman University (Mugla, Turkey), and with the support of the Friedrich Naumann Foundation (FNF) Turkey, the Delegation of the European Union (EU) to Turkey and the Economic Development Foundation (IKV), organised a lecture titled “Active Society in Turkey and the European Union”, which took place on the 11th of March 2020 at Mugla Sitki Kocman University.

This event is part of a series of lectures organised in Turkey by ENC in cooperation with local academic institutions and is the second phase of a project titled “Future values training: European sentiment in Turkey among opinion-shapers and youth leaders 2019-2020“. The project is an extension of an existing ENC training and public lecture programme, which took place between the fall of 2018 and the following spring, in which four Turkish opinion-shapers successfully underwent training and meeting sessions in Brussels, after which each opinion-shaper gave a university lecture in Turkey to students and academics. The project is rooted in the growing need to exchange ideas with Turkish public intellectuals, journalists, youth leaders and influential civil society members concerning Europe’s innovative policies and progressive thematic priority areas related to their own work. Thematic priority areas are defined as privacy/technology, renewable energy, foreign-policy, free media, trade, civil society (good-governance/efficient-governance/feedback-governance), European peace theory/conflict-resolution, migration/demographics, anti-corruption, the-importance-of-institutions; and how each of these thematic priority areas relate to Turkey (EU-Turkey) and the EU’s Global Strategy (GS) and the European Neighbourhood Policy (ENP). 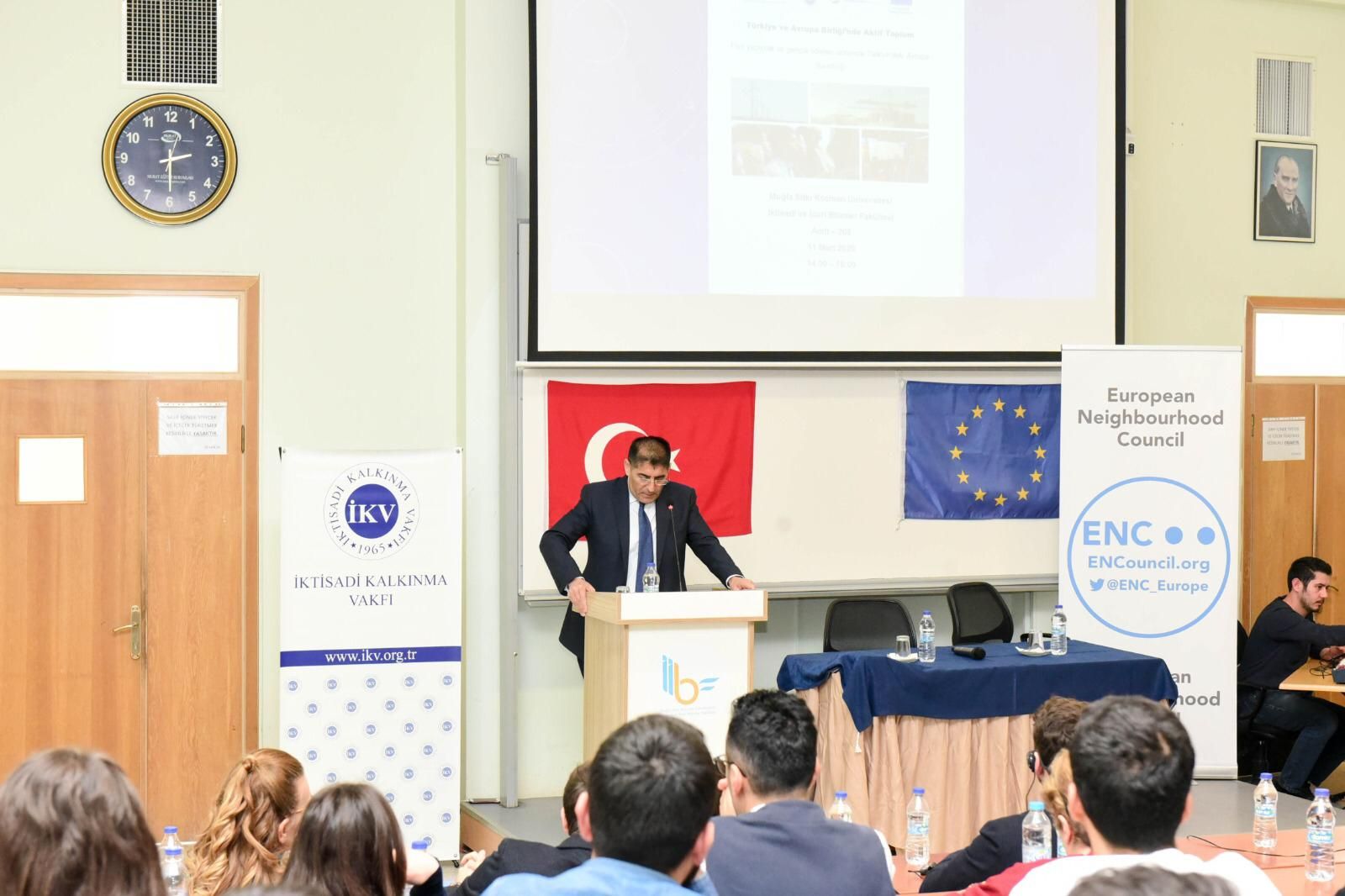 Prof. Dr. Famil Samiloglu, Dean of the Economics and Administrative Sciences at Mugla Sitki Kocman University, chaired the lecture and opened the floor for discussion. Eline Botger, Second Secretary of the Political Section at the European Union Delegation to Turkey, delivered the keynote speech, highlighting the diverse successes of the EU-Turkey relationship and its long history, emphasising that both sides will always be bound together by their geographical proximity and much more. The EU remains by far Turkey’s largest trade partner, as well as a secure and open market for Turkish exporters, with densely integrated production and supply chains. People-to-people contacts are also at a high point as some half a million Turkish citizens have benefited from Erasmus+ exchanges since 2004. Despite the current situation at the Greek-Turkish border, the Facility for Refugees in Turkey continues to play a key role in supporting host communities through humanitarian assistance, education, health, municipal infrastructure, socio-economic support and migration management. The facility has reached out to almost 1.7 million refugees, allowing more than 500,000 refugee children to attend school. Ms. Botger reaffirmed that the EU, along with many Turkish politicians, wishes to see a prosperous, secure and democratic Turkey, and that joining the Union remains one of the country’s top strategic goals. 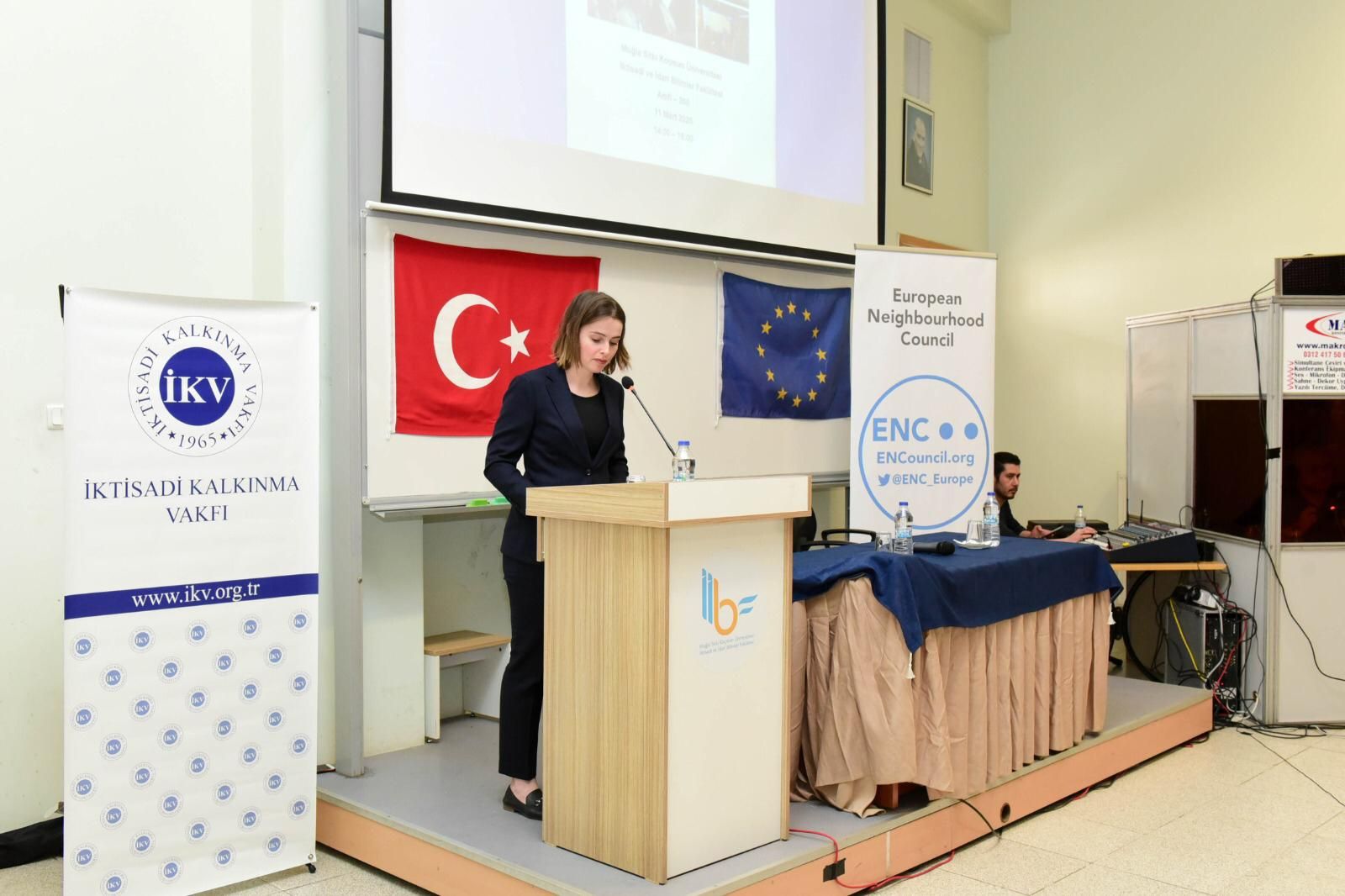 Ataberk Ozcan, Founding Chairman of Jus Gentium, a Paris-based NGO which promotes international law, gave a lecture on the fragile state of democracy around the world, particularly in Eastern Europe, Turkey and the United States, which, he believes, is closely linked to the growth of populism, false information and manipulative rhetoric. Yet, Mr. Ozcan noted, blaming society would be a mistake. These developments, he argued, are the outcome of mounting economic inequalities, to which governments have largely failed to respond. The European Union, Mr. Ozcan went on to note, is a multidimensional body, where checks and balances have the potential to be conducted by its 27 member states together. Europe has a lot to offer those who are willing to learn, from representative parliamentary politics, educational reform and the battle against fake news to more stringent capital regulations and stronger checks and balances. Mr. Ozcan concluded that, while a direct comparison between Turkey and the EU is wrongheaded, Europe can certainly inspire Turkey and is able to provide many state-of-the-art solutions for political and societal challenges. 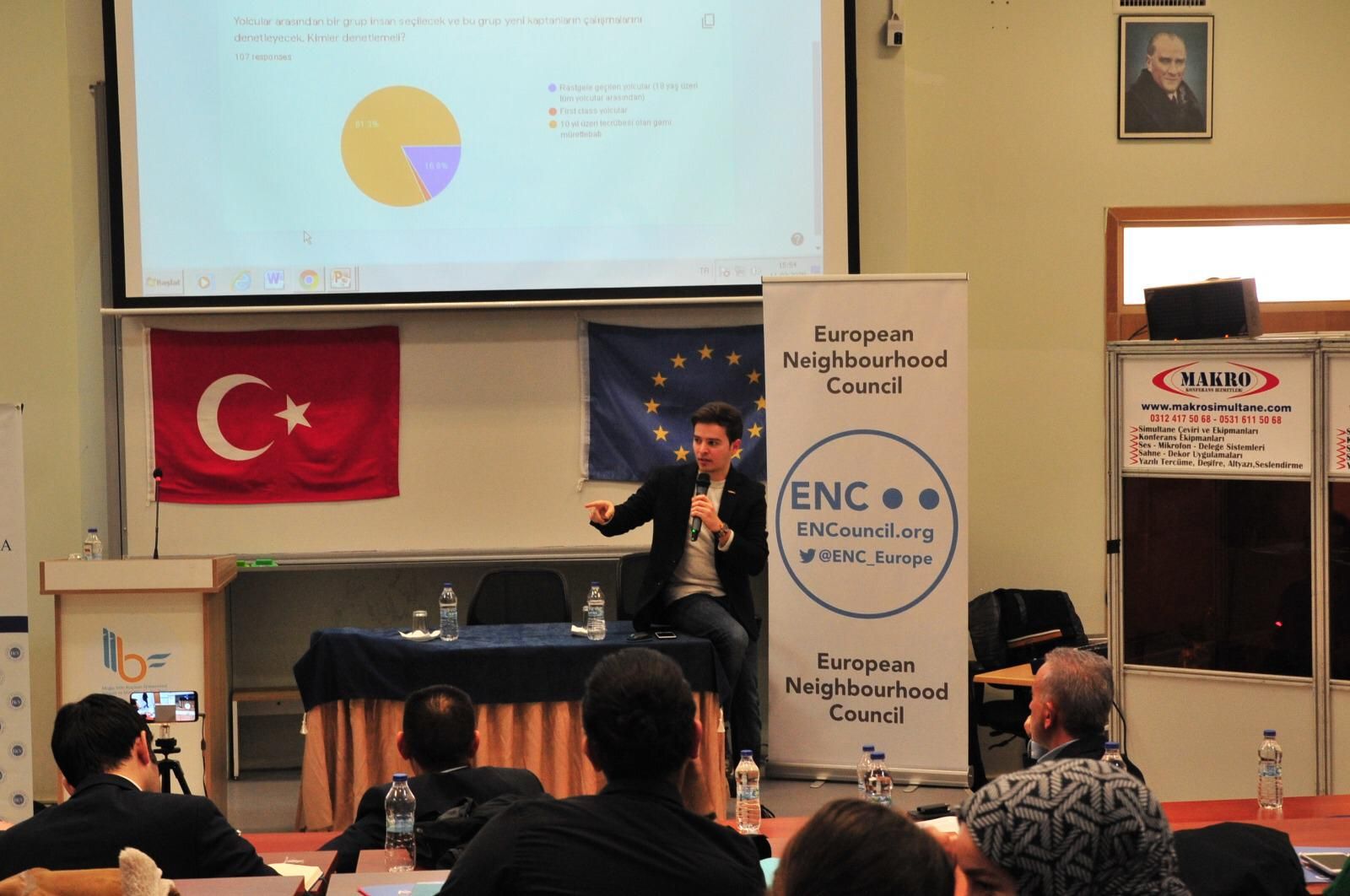 Please find below the video recording of the lecture:

Given the recent recommendations of public health authorities concerning the outbreak of COVID-19, ENC and its partners regret to inform you that all the upcoming TTP lectures have been postponed until further notice.