This ENC analysis is written by Andreas Marazis, ENC Head of Research for Eastern Europe and Central Asia and  Samuel Doveri Vesterbye, ENC Managing Director and expert in Turkey and the Middle East. This paper reports the findings which were gathered from ENC’s in-depth field interviews during Uzbekistan’s December 2019 parliamentary elections. The purpose of this study is twofold. First, to examine the renewable energy development (including Nuclear energy) in Uzbekistan following the latest reforms in the energy sector under President Shavkat Mirziyoyev. Second, to provide recommendations and support to EU/EEAS experts and policy-makers, based on ENC’s field observations and findings, for future analysis and upcoming political and security dialogue meeting(s) with Uzbekistan, focusing on the momentum gained by the latter’s openness and the new EU-Central Asia Strategy. 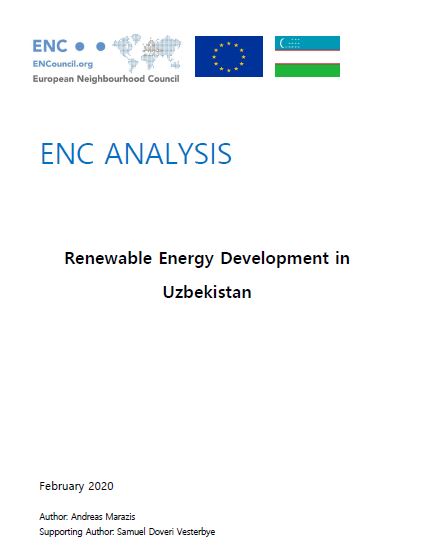