The ENC Analysis of June 2020 is written by Dr. Nika Chitadze, ENC’s External Advisor, Professor of the International Black Sea University and Director of the Center for International Studies.

Dr. Nika Chitadze analyses the new tactics of destabilisation perpetrated by Vladimir Putin in the Abkhazia and Tskhinvali region (the former South Ossetian Autonomous District). The author argues that the Kremlin’s current policy of spreading misinformation about Georgia has distorted the views of its past and undermined its appeals within the international community. The article aims at countering this narrative by presenting a detailed and fact-based analysis of the historical chronology of the country while exposing Russian myths and propaganda. 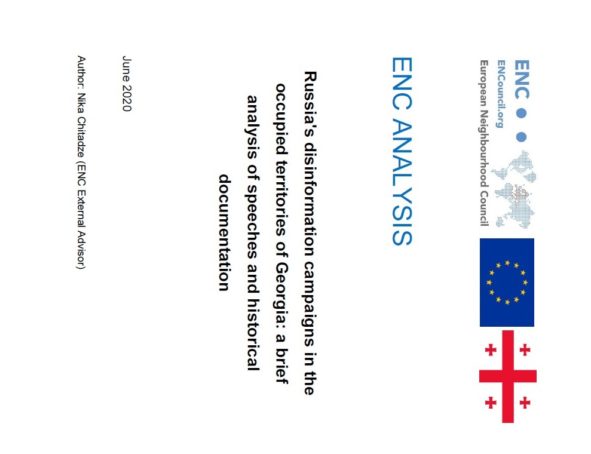 Russia’s disinformation campaigns in the occupied territories of Georgia: a brief analysis of speeches and historical documentation