This ENC analysis is written by Samuel Doveri Vesterbye, ENC Managing Director and expert in Turkey and the Middle East  and Andreas Marazis, ENC Head of Research for Eastern Europe and Central Asia. This paper reports the findings which were gathered from ENC’s electoral observation and in-depth field-interviews during Uzbekistan’s December 2019 parliamentary elections. The purpose of this study is twofold. First, to examine the first elections held under the leadership of President Mirziyoyev. Second, to provide a complimentary analysis about Uzbekistan’s controlled governance transition under President Mirziyoyev, focusing on the momentum gained by the death of long-time President Islam Karimov in 2016 and the new European Union (E.U.) Central Asia Strategy released in 2019. 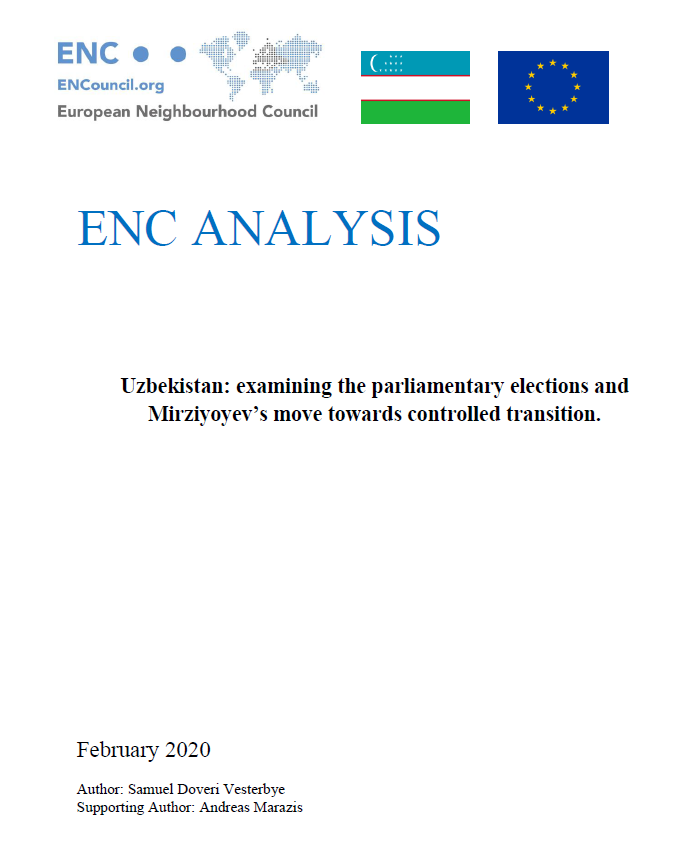