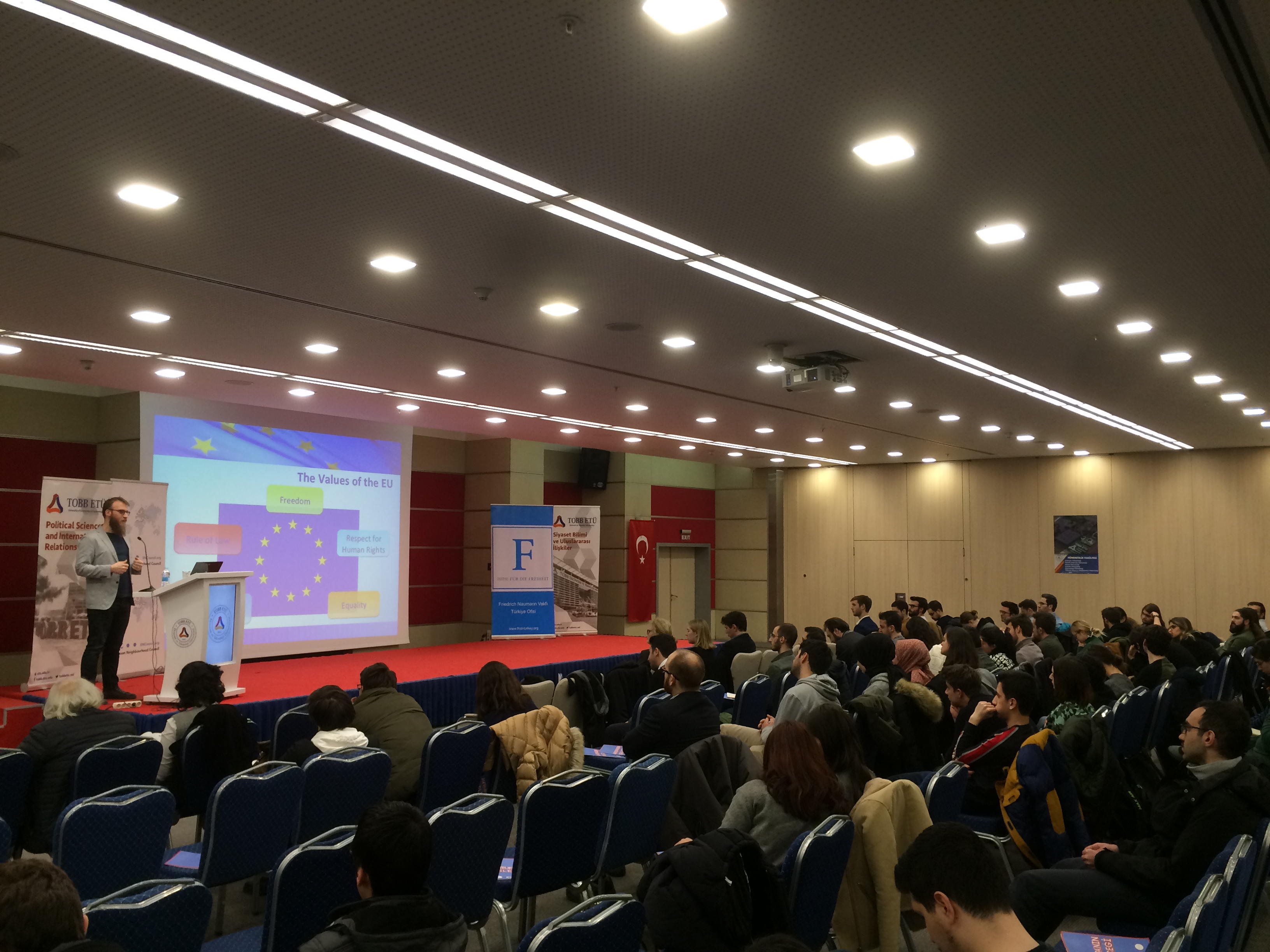 The European Neighbourhood Council (ENC) in cooperation with TOBB Economics and Technology University (Ankara, Turkey)  and with the support of Friedrich Naumann Foundation (FNF) Turkey, the Swedish Consulate in Istanbul and the Economic Development Foundation (IKV), organised a lecture entitled “Are EU values still relevant?”, which took place on the 27th of February 2019 at TOBB University in Ankara.

The event is part of a series of lectures organised in Turkey by ENC in cooperation with local academic institutions and is the 2nd phase of a project entitled “Future values training: European sentiment in Turkey among opinion-shapers and youth leaders”. The project is rooted in the growing need to exchange ideas with Turkish public intellectuals, journalists, youth leaders and influential civil society members concerning Europe’s new ideas on societal development, private sector changes and the European Union’s (EU) global policy priorities and innovative strategies. The four young Turkish experts who visited Brussels for a week-long trainings and exchanges in December 2018 are delivering public lectures in Turkish in four academic institutions located in Istanbul, Ankara, Adana and Eskişehir in front of a large audience of young university students. 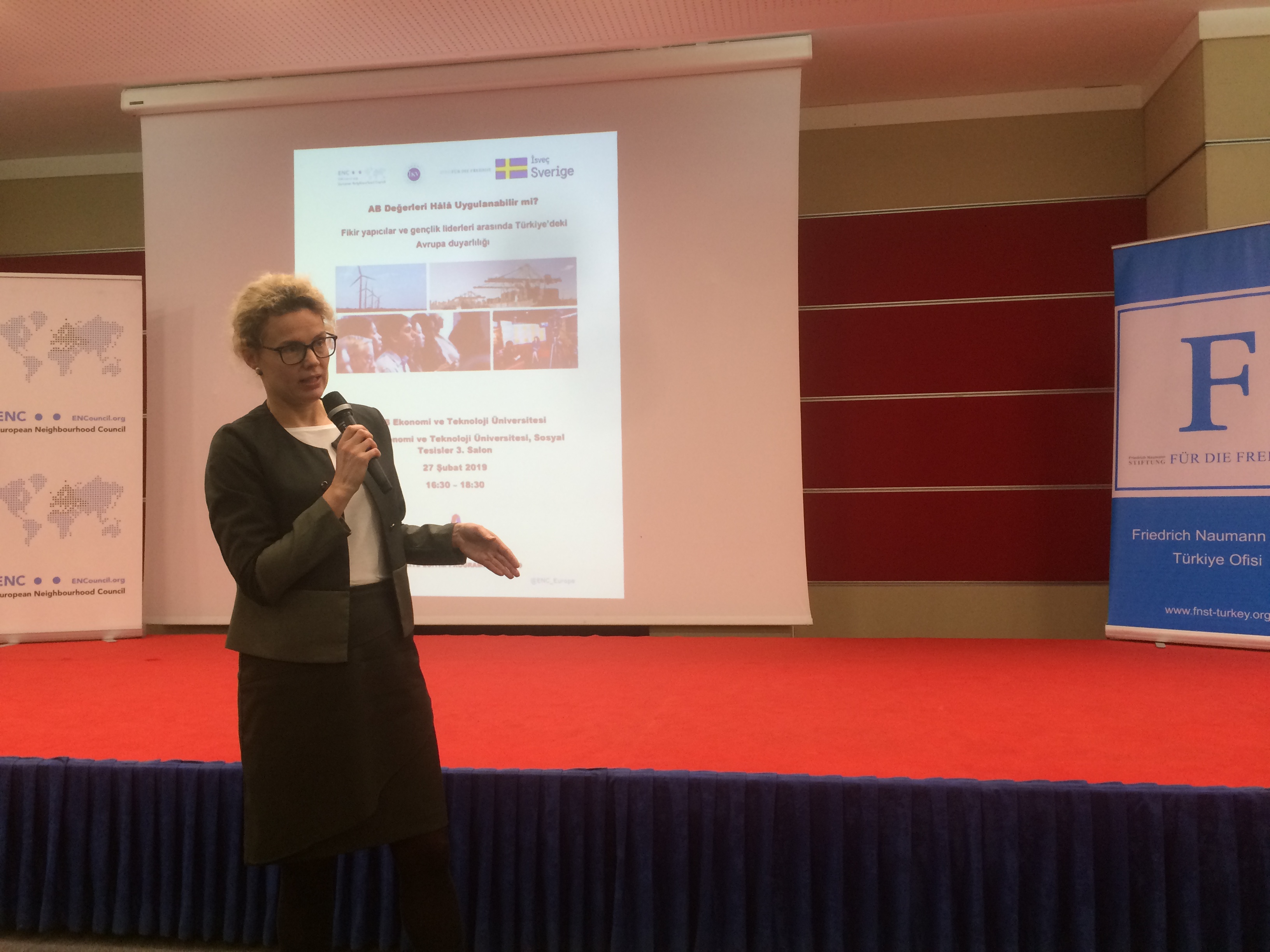 Dr. Burak Bilgehan Özpek, Associate Professor at the Department of Political Science and International Relations at TOBB Economics and Technology University chaired the lecture and opened the floor for discussion. Ms. Tove Grönberg, Minister Counsellor and Deputy Head of Mission of Sweden to Turkey, who delivered the keynote speech, talked about the importance of promoting peace and stability, better economic relations, people-to-people contact and good governance through Enlargement, one of the EU’s primary instrument for creating security, democracy and prosperity.

The main part of the event was dedicated to the presentation by Medeni Sungur, Executive Director of Freedom Research Association, who focused basically at the change of values and value systems both in Turkey and the EU from a different angle. 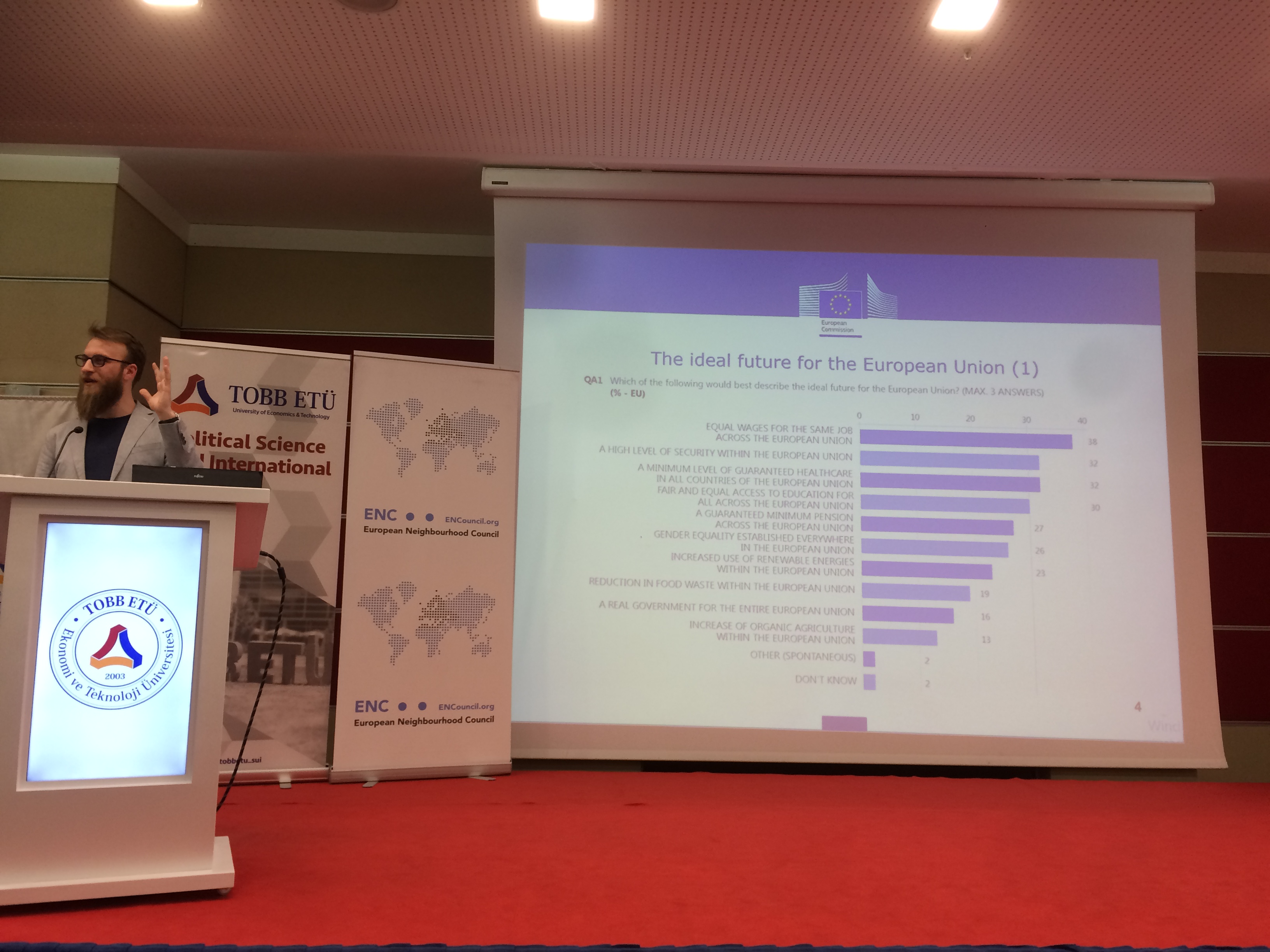 During the first part of his presentation Mr. Sungur highlighted that in 2007, year in which Apple created the first of its kind device and changed the way we live forever and in a fundamental way. Smartphones indeed have helped to multiply the inflow of information perhaps by a factor of a thousands. The basic consequence of this development is that the level of information has surpassed the cognitive capacity of the humans to make a hundred percent sense both from a moral and practical perspective. The level of known perheps multiplied but the level of unknown or half-known have multiplied even further. We, as humanity, created in the last 2 years alone more than %90 percent of the data produced throughout entire history. Its effects are twofold: First, the amount of information an ordinary citizen can make sense on a fundamental level has increased to a level that is not withstanding with the cognitive capacity we possess. Thus the level of unknown emerged as a problem area that needs to be mitigating because it, by demonstrating the true complexities of the world perhaps for the first time in history, creates fear and resentment. Secondly, this cognitive need to make sense of the world which we know increasingly more about, made simpler explanations and solutions more appeling to the population that is desperate to have a meaningful framework which help them to make sense of the complexities of the world. This creates an advantage for the populist movements today.

In the second part of his presentation, he looked into how the values of the European societies and the Turkish society have changed over the last two decades. Turkish society and Europe both have undergone a series of transformative changes through domestic and international impact factors.

Now in Europe, what we have seen is a change of values as well. Our value set is an important normative judgement mechanism for the questions of “what ought to be done?” 10 years of Eurobarometer surveys is a proof that Europe is prioritizing the security now as well along with a pletora of other things; such as universal healthcare, job security, crime and integration. 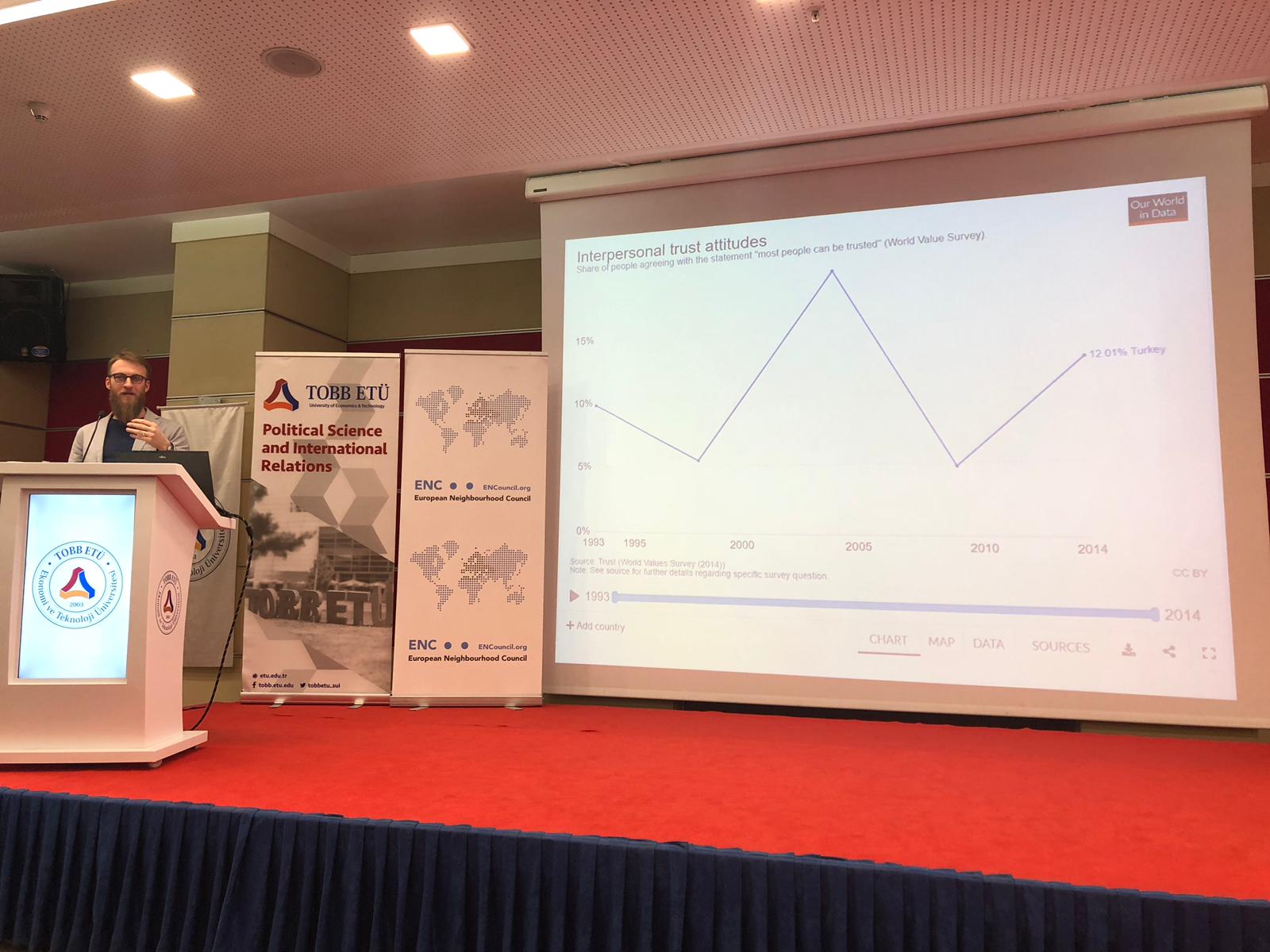 As we learn both from Eurobarometer surveys as well studies from within Turkey, Turkish society has never been very well informed and had never had a concrete understanding of the institutions and processes of the EU. Often times it is confused with the Council of Europe which is totally a different organization. Rather, both when the support for accession was high and low, Turkish society has seen EU as an anchor for prosperity and to a lesser extent, a more consolidated democracy. As EU’s global image as a beacon of hope declines de to certain institutonal incapacity to respond to global phenomenon, the link between EU and prosperity/democracy in the minds of Turkish citizens is weakening, thus, the support. Apart from the globalization of ICT charactherized with the invention of Iphone, Turkish society has become incredibly dynamic and mobile in the last 10 years. The proportion of people living in the cities has risen from 66% to 84% which immensely changed the value system. A third factor in operation is the rising polarization. Sevres syndrome is also a particularly effective component in the historical imagination of the Turkish Society, which has been historically explotied by different regimes and rulers. Incredibly high anti-US sentiment in Turkey is evident for that despite historically peaceful relationship between both countries. 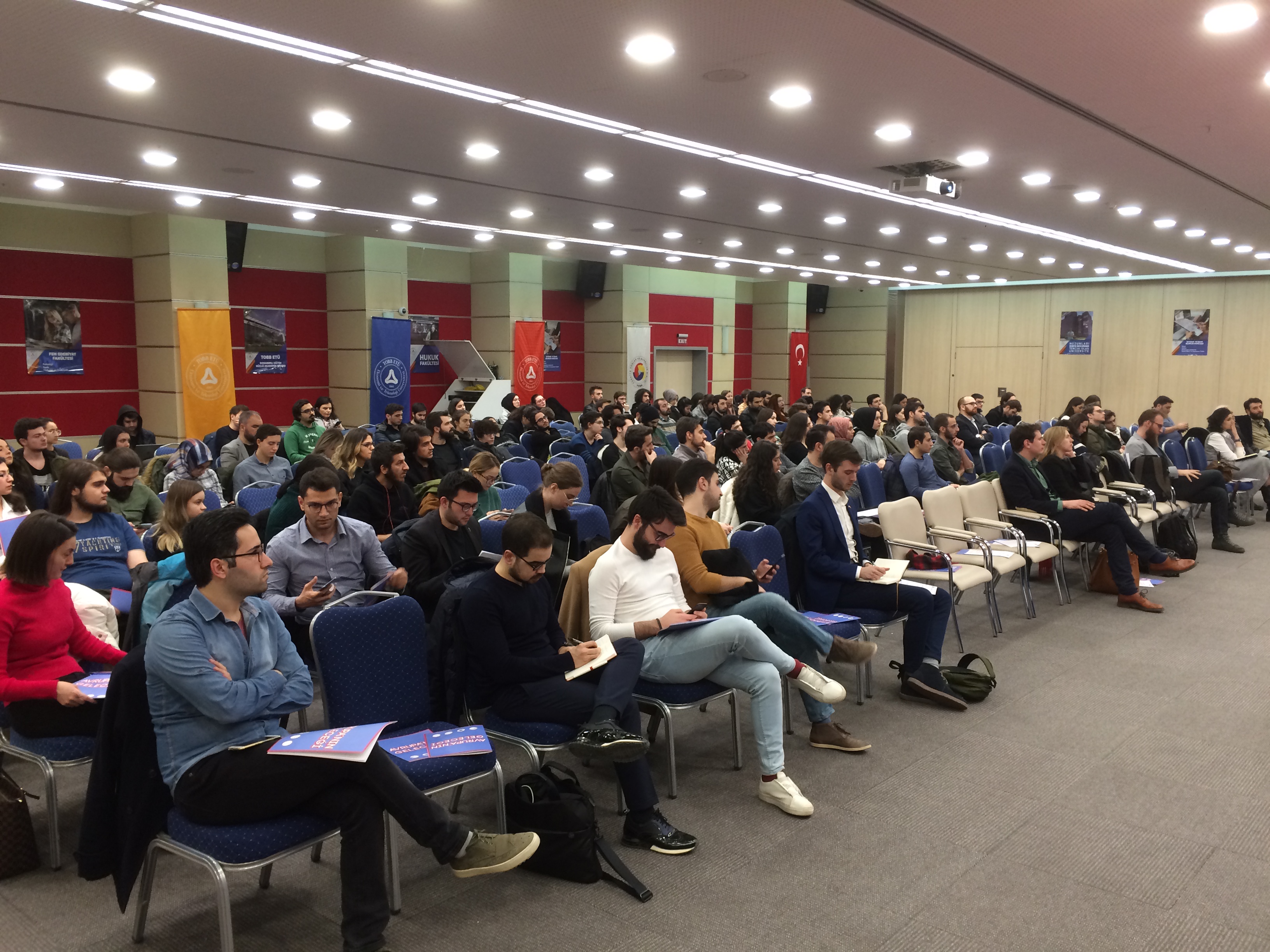