From the 8th until the 12th of April the European Neighbourhood Council (ENC) hosted the third group of EUCAM fellows composed by Assiya Kuzembayeva (Kyrgyzstan), Aizada Kadyrova (Kazakhstan) and Khurshid Zafari (Uzbekistan) who attended a series of meetings as part of their fellowship programme. 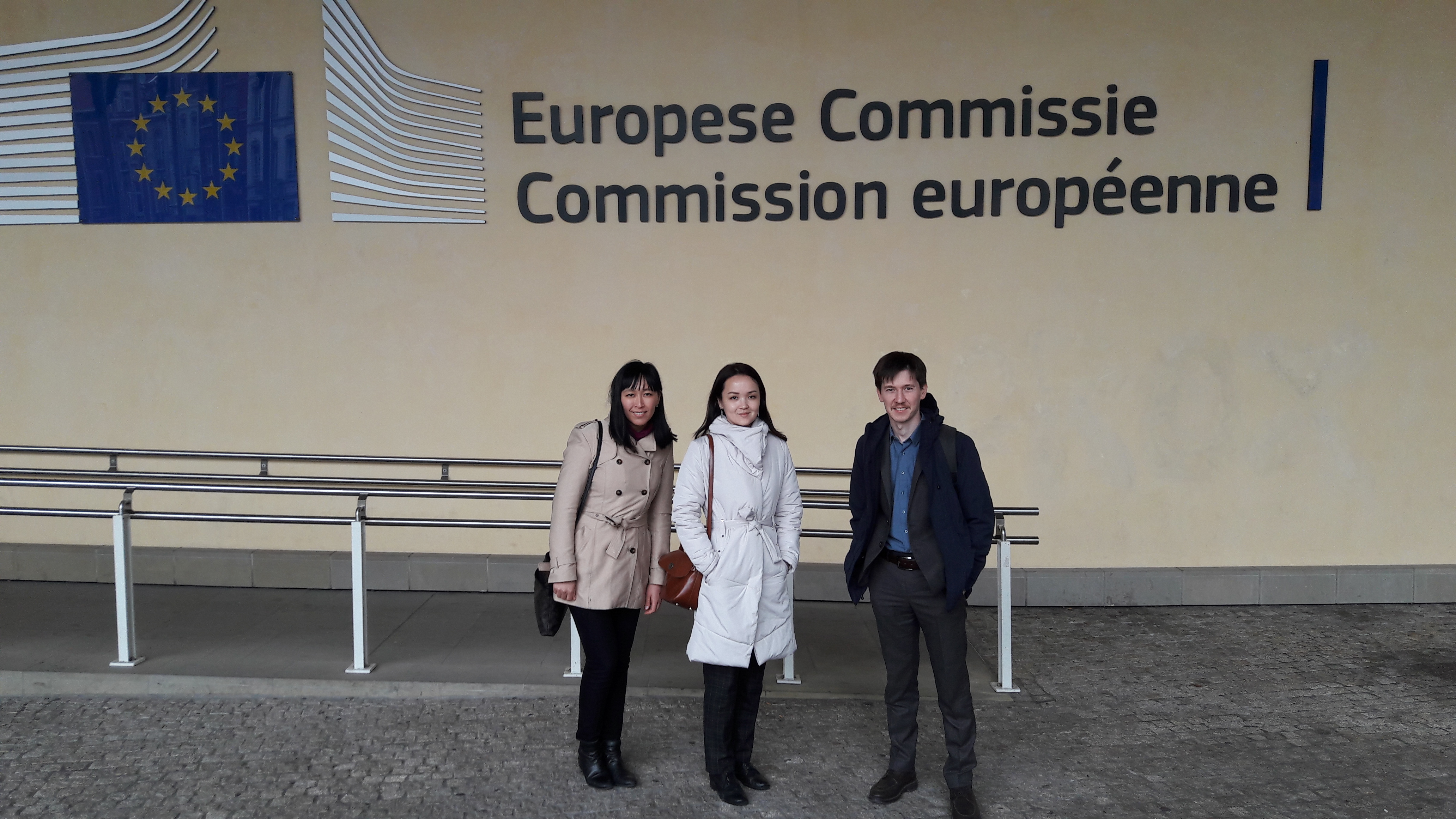 On the 8th of April the three fellows attended a meeting at Berlaymont with Dr. Bela Beres, member of the legal service of the European Commission, who introduced them to the decision-making process and institutional framework of the EU. 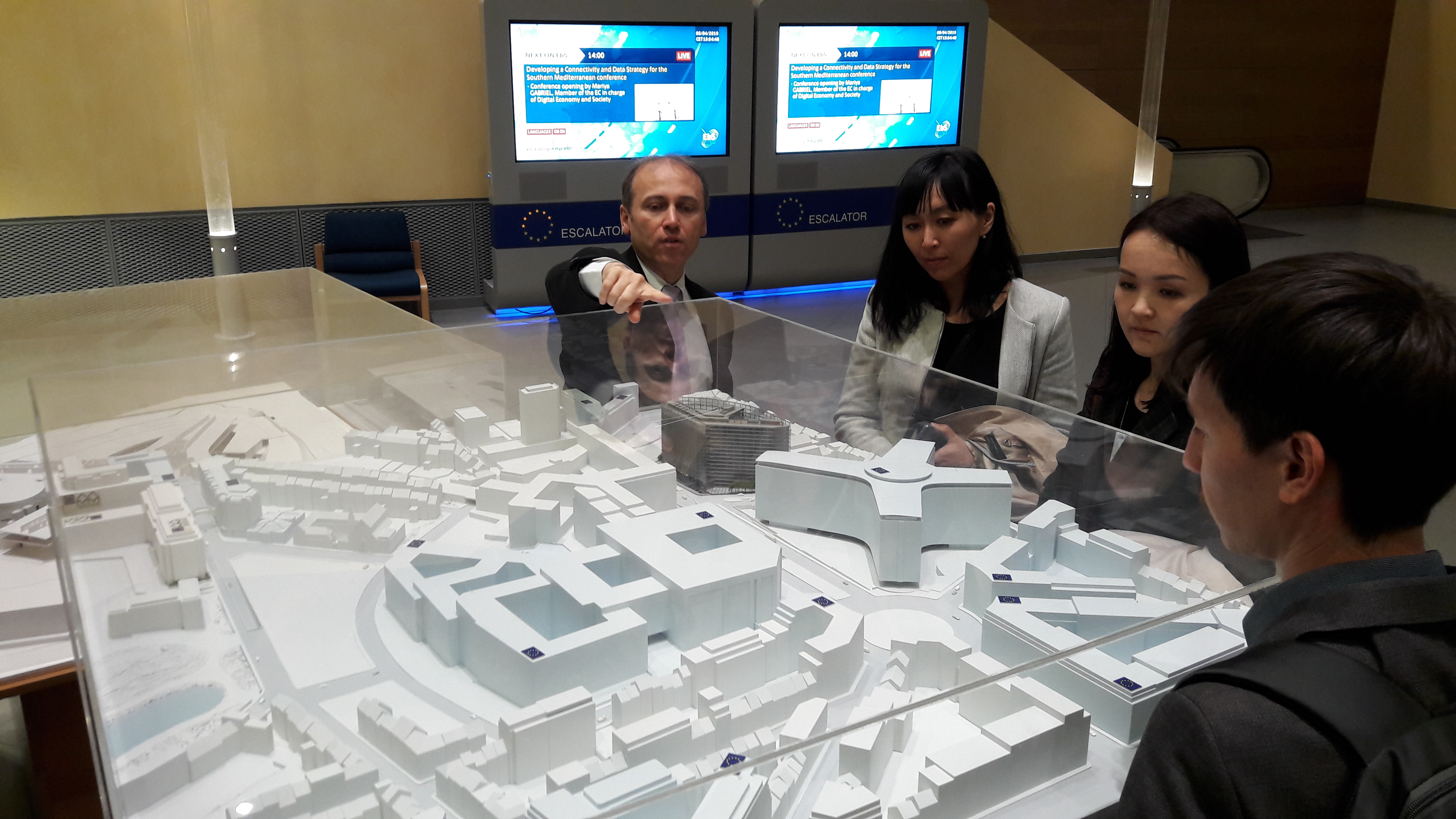 On the 9th of April the three fellows had the chance to participate at ENC’s European Training Programme – Unlocking the Workings of the EU, in a session dedicated on EU’s internal economic governance. Later that day the fellows had also the chance to visit the Parliamentarium.

On the 10th the fellows were received at the International Centre for Migration Policy Development (ICMPD), where they met the Regional Coordinator for Eastern Europe and Central Asia, Radim Zak, with whom they discussed border management-related issues. On the same day the group received advocacy training by Tinatin Tsertsvadze, who is advocacy manager at the International Partnership for Human Rights(IPHR). During the training the group had the chance to gain knowledge on the regional cooperation framework, the various platforms in which EU and Central Asian officials cooperate, the financial instruments available for civil society organisations, as well as the decision-making process by mapping out the important stakeholders within the European Commission and the European Parliament regarding Central Asia. 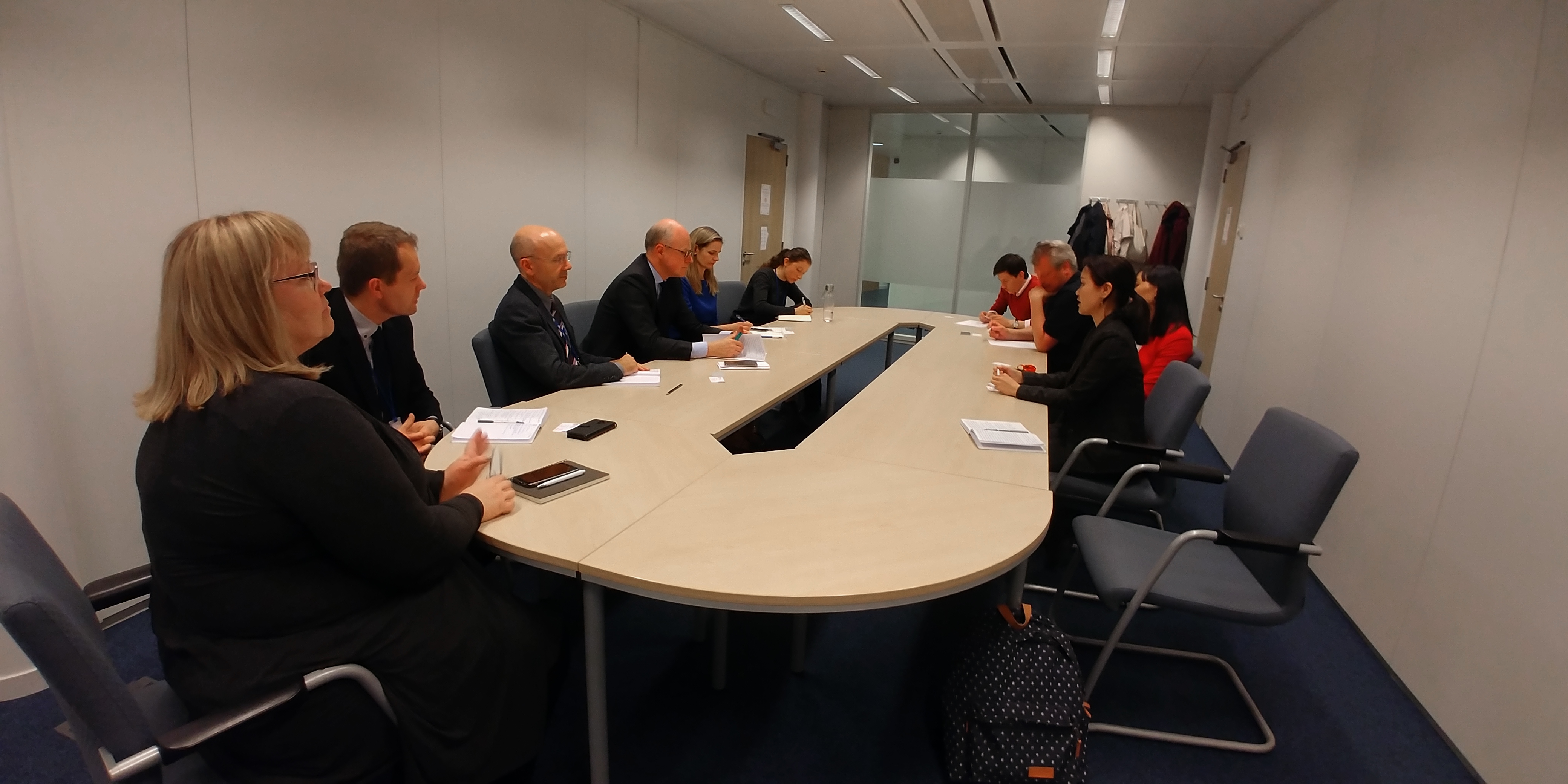 On the 11th of April the fellows together with EUCAM Coordinator Jos Boonstra were received at the European External Action Service (EEAS), where they met with Ms. Hanna Vuokko, advisor to the EUSR for Central Asia Peter Burian, the Deputy Head of the Central Asia Division, Philippe van Amersfoort, and the Desk Officers for Kyrgyzstan, Ms. Petra Gasparova, for Kazakhstan, Ms. Helen Gonnord and for Uzbekistan, Mr. Frank Schmiedel. The discussion revolved around the forthcoming EU Strategy for Central Asia which will focus on resilience and prosperity, modernisation, good governance, human rights, trade, investment, education, research and women empowerment.