The European Neighbourhood Council (ENC), in cooperation with Cukurova University (Adana, Turkey), and with the support of the Friedrich Naumann Foundation (FNF) Turkey, the Delegation of the European Union (EU) to Turkey and the Economic Development Foundation (IKV), organised a lecture titled “European Common Security and Foreign Policy and Turkey”, which took place on the 6th of March 2020 at Cukurova University.

Dr. Asli Ilgit, Associate Professor and Chair of the Department of Political Science and International Relations at Cukurova University, chaired the lecture and opened the floor for discussion. 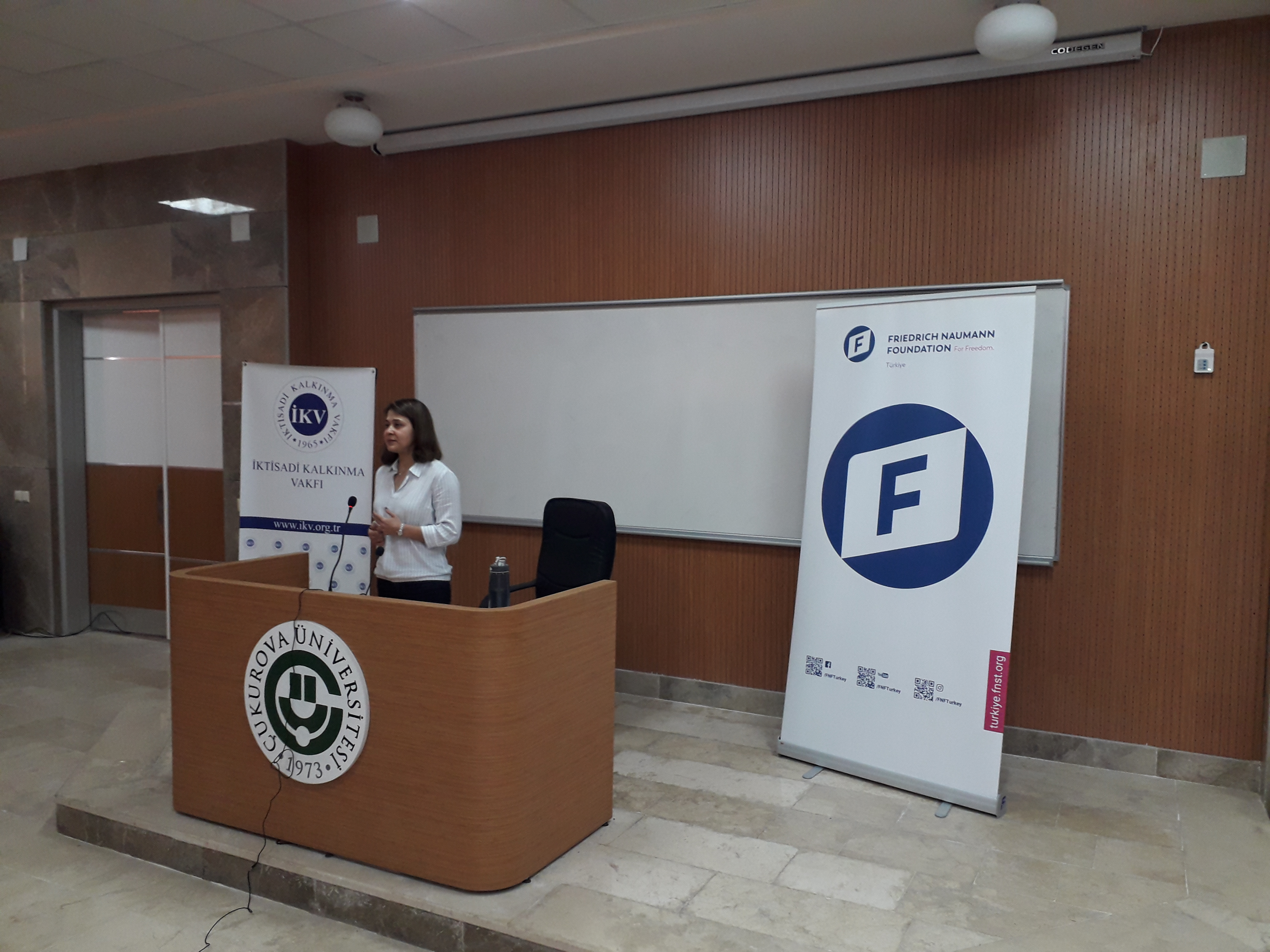 Dr. Ronald Meinardus, Project Director at the Friedrich Naumann Foundation Turkey, delivered the keynote speech, sharing his views on the current state of continued EU-Turkey strategic interdependence (particularly in the fields of security, politics, migration and economics), in spite of the frozen accession process and the ongoing Cyprus controversy. Conflict and disruptions have been deeply harmful to both sides and have pushed Turkish foreign policy towards a “new nationalism”, reflected in low public support in Turkey for NATO and accession to the EU. The recent escalation of the refugee crisis on the Turkish-Greek border is a historic low in EU-Turkish relations, and signals the complete diplomatic isolation of Ankara vis-a-vis the EU, prompting concerns among Western diplomats for a “downward spiral” in relations, escalating to a “point of no return”. Dr. Meinardus underlined the key role that media and civil society can play in bridging the existing gap, both in the EU and Turkey, noting the absolute necessity of stronger engagement and strategic communication. 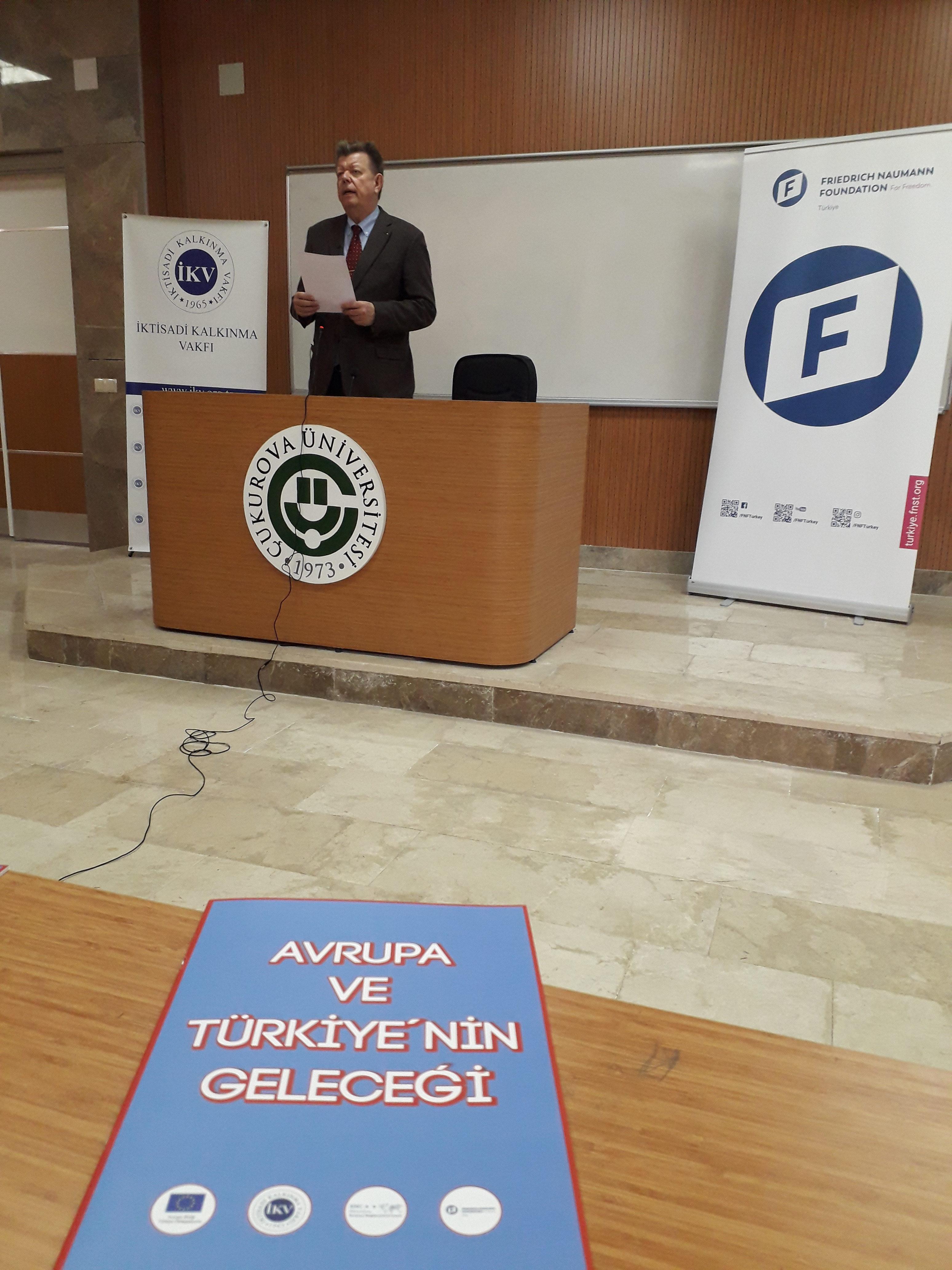 Dr. Ozan Kuyumcuoglu, Research Assistant at the International Relations Department of Istanbul Bilgi University, gave a lecture describing the institutional process and ideational framework underpinning the EU’s Common Security and Foreign Policy. He also discussed how recent developments in world politics shape policy makers’ perceptions and have promoted a paradigm shift away from declining liberal internationalism towards an emerging multipolar international system. The lecture focused predominantly on the “Global Strategy” of the EU, which guides the EU’s new foreign policy preferences. The strategy’s underlying concept is “principled pragmatism”, a realist approach to foreign policy which nonetheless incorporates basic liberal principles. Dr. Kuyumcuoglu used this framework to explore how the EU and Turkey can sustain bilateral relations in the future. 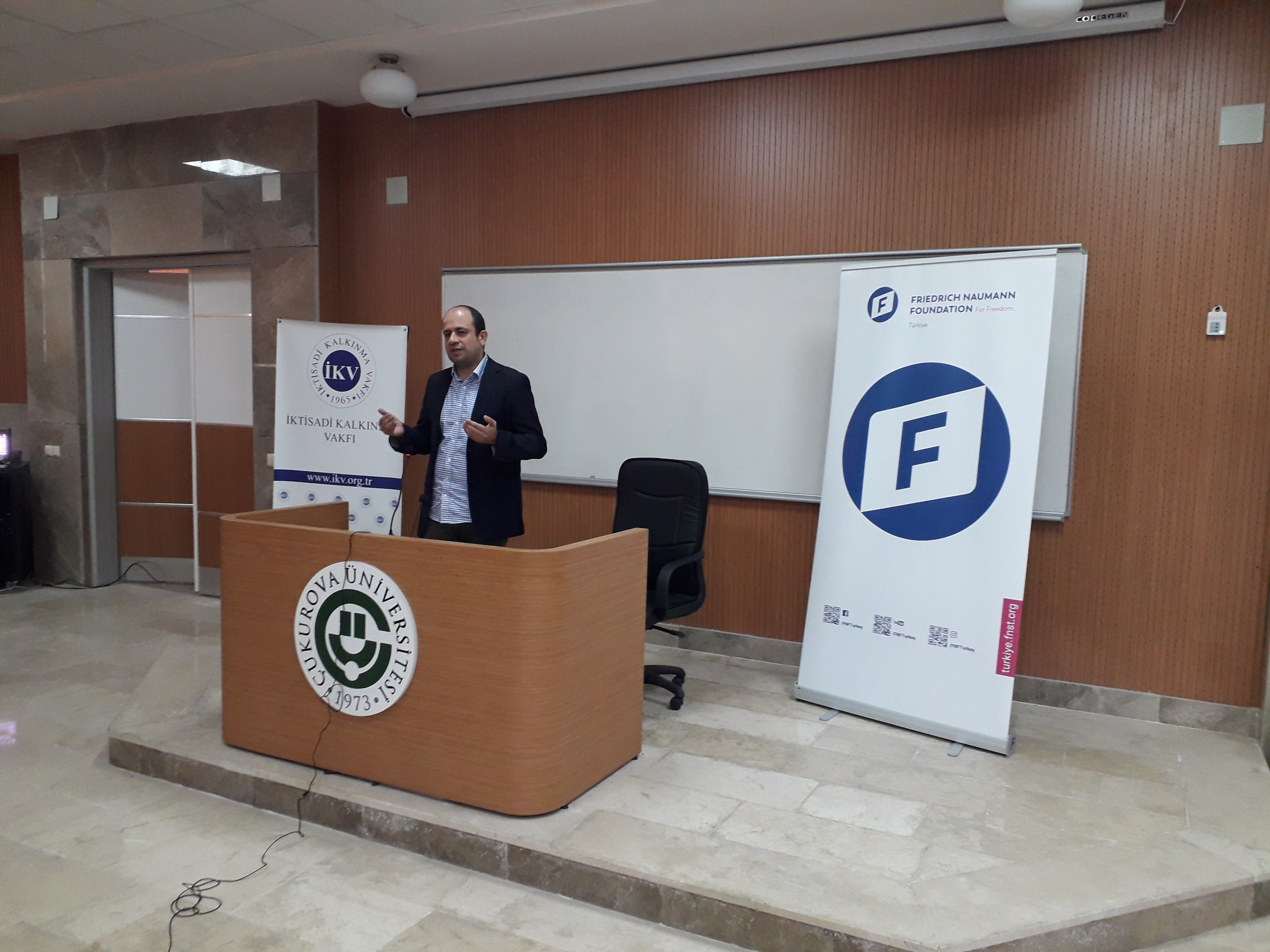 The sixth lecture is scheduled to take place at Mugla Sitki Kocman University on the 11th of March, and will focus on “Active Society in Turkey and the European Union” with guest speaker Ataberk Ozcan, Founding Chairman of Jus Gentium, a Paris-based NGO which promotes international law.

Please find below the video recording of the lecture: