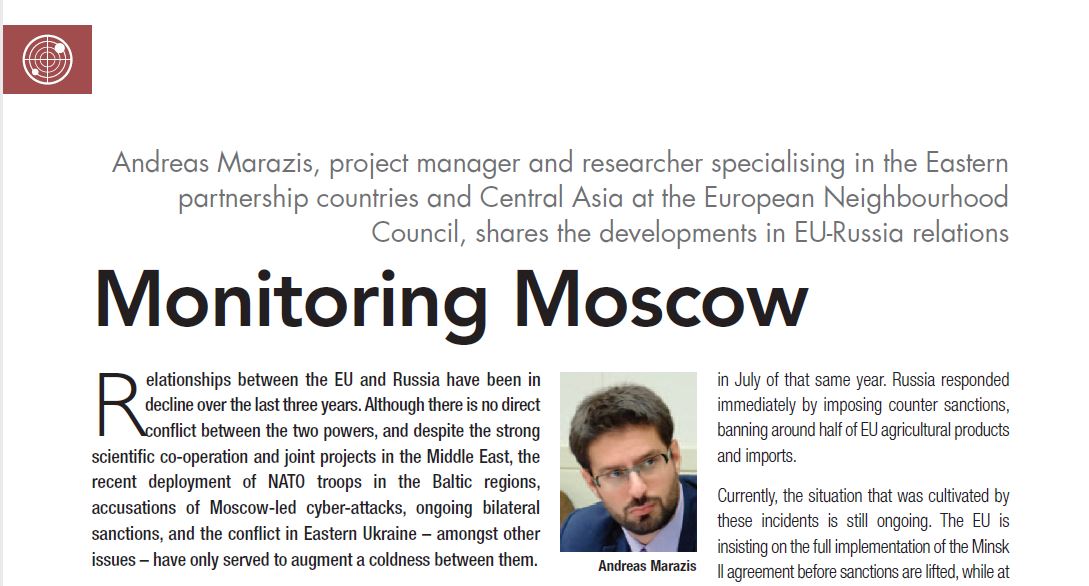 Relations between the EU and Russia have been in decline over the last three years. Although there is no direct conflict between the two powers, and despite the strong scientific co-operation and joint projects in the Middle East, the recent deployment of NATO troops in the Baltic regions, accusations of Moscow-led cyber-attacks, ongoing bilateral sanctions, and the conflict in Eastern Ukraine – amongst other issues – have only served to augment a coldness between them.

Andreas Marazis is a project manager and researcher specialising in the Eastern partnership countries and Central Asia at the independent think tank the European Neighbourhood Council. He is also an affiliate researcher at Vrije Universiteit Brussel (VUB), Belgium, and an associate researcher for EUCAM, a knowledge hub on broader Europe-central Asia relations. PanEuropeanNetworks (PEN) spoke with him in Brussels to gain his expert insight into the military and political developments between the European Union and Russia, and hear his thoughts on the future of the sensitive relationship.

The full expert article is attached below in PDF format. The online version can be found in the PanEuropeanNetworks publications at the following web address: