Release of ENC Booklet: The Future of Europe and Turkey

The Future of Europe and Turkey 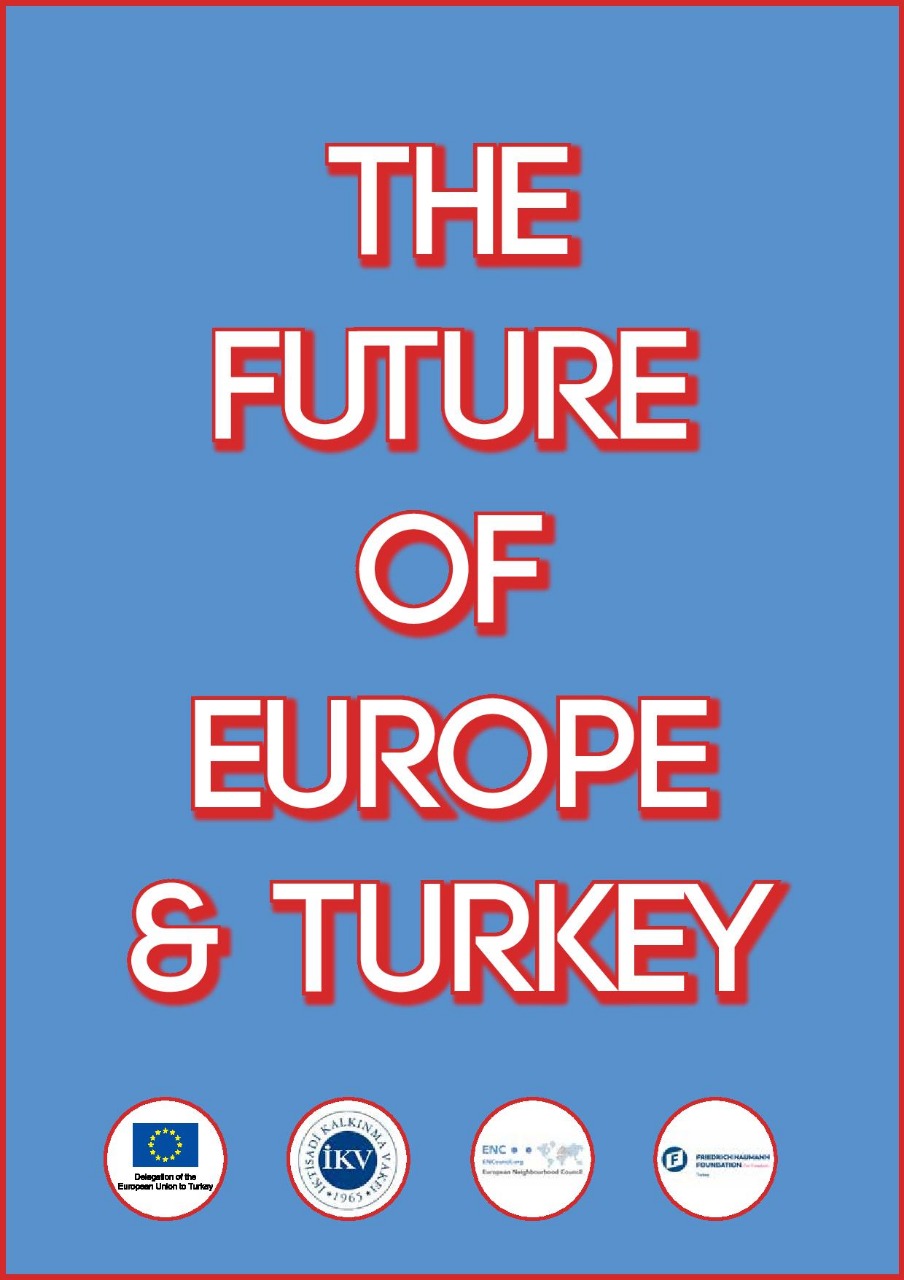 The European Neighbourhood Council (ENC) has published its latest booklet entitled “The Future of Europe and Turkey”. This publication, which was produced with the financial support of the Delegation of the European Union to Turkey, Friedrich Naumann Stiftung (FNF) and Economic Development Foundation (IKV), is part of the ENC Training and Public Lecture Programme in Brussels and in Turkey.

The booklet, which was co-edited by Samuel Doveri Vesterbye, ENC Managing Director and Andreas Marazis, ENC Head of Research for Eastern Europe and Central Asia, includes forewords by Ambassador Christian Berger, Head of Delegation of the European Union to Turkey and Faruk Kaymakci, Deputy Minister of Foreign Affairs and Director for EU Affairs.

The publication presents innovative perspectives on some of the most pressing challenges that characterise the current state of affairs of EU’s foreign policy and its Global Strategy, namely data privacy, which Dr. Ronald Meinardus (Head of Friedrich Naumann Stiftung Turkey Office) declares to be the “major concern of governments, civil society and citizens in all parts of the world”. Technology and digital innovation are also highlighted throughout the booklet as imminent priorities to look out for in the future of Europe.

The future of EU-Turkey relations is examined critically by prominent experts on the subject, such as Ayhan Zeytinoglu (IKV Chairman) and Samuel Doveri Vesterbye. The authors offer a reflection on the main challenges and opportunities of the Turkish membership perspective but also on the visions of the EU across the country and the world. Despite the recent ups and downs between Turkey and the EU, Mr. Zeytinoglu argues that “it is still possible to make a new beginning”.

More than 3.000 copies of the ENC booklet were distributed among university students, academic staff, and governmental and non-governmental partners in Turkey. The project equally disseminated the publication online and offline during a dissemination lecture series with local partners, including outreach to student groups and university faculties across Turkey.

The ENC Booklet “The Future of Europe and Turkey” is available in English and Turkish:

The Future of Europe and Turkey (English version)

The Future of Europe and Turkey (Turkish version)