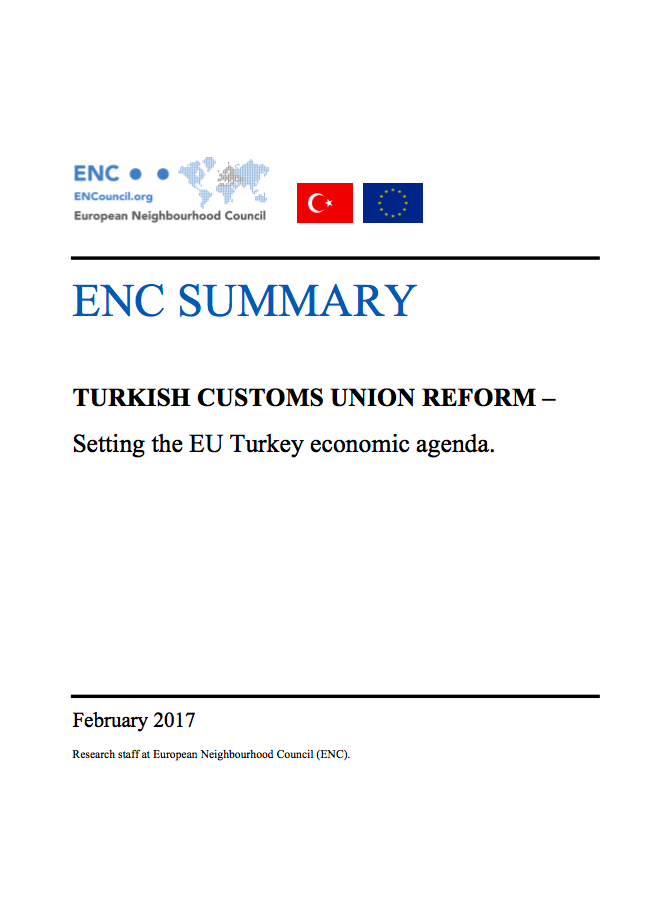 The full expert summary is attached below in PDF format.

The European Neighbourhood Council (ENC) held a European Parliamentary Roundtable Policy Discussion on the topic of customs union reform with Turkish economic experts and academics, including private sector groups and business associations on the 25th of January 2017.

Turkey and the EU are currently re-negotiating a customs union reform, which will upgrade the customs union that has been in place since 1996. As of 2015 both sides have declared their willingness to reform and modernise the current customs union; a process which is currently underway between the European Commission and the Turkish Ministry of Economy and EU Affairs Ministry.

The ENC expert summary outlines the concerns and recommendations suggested by expert economists during the roundtable in the European Parliament. 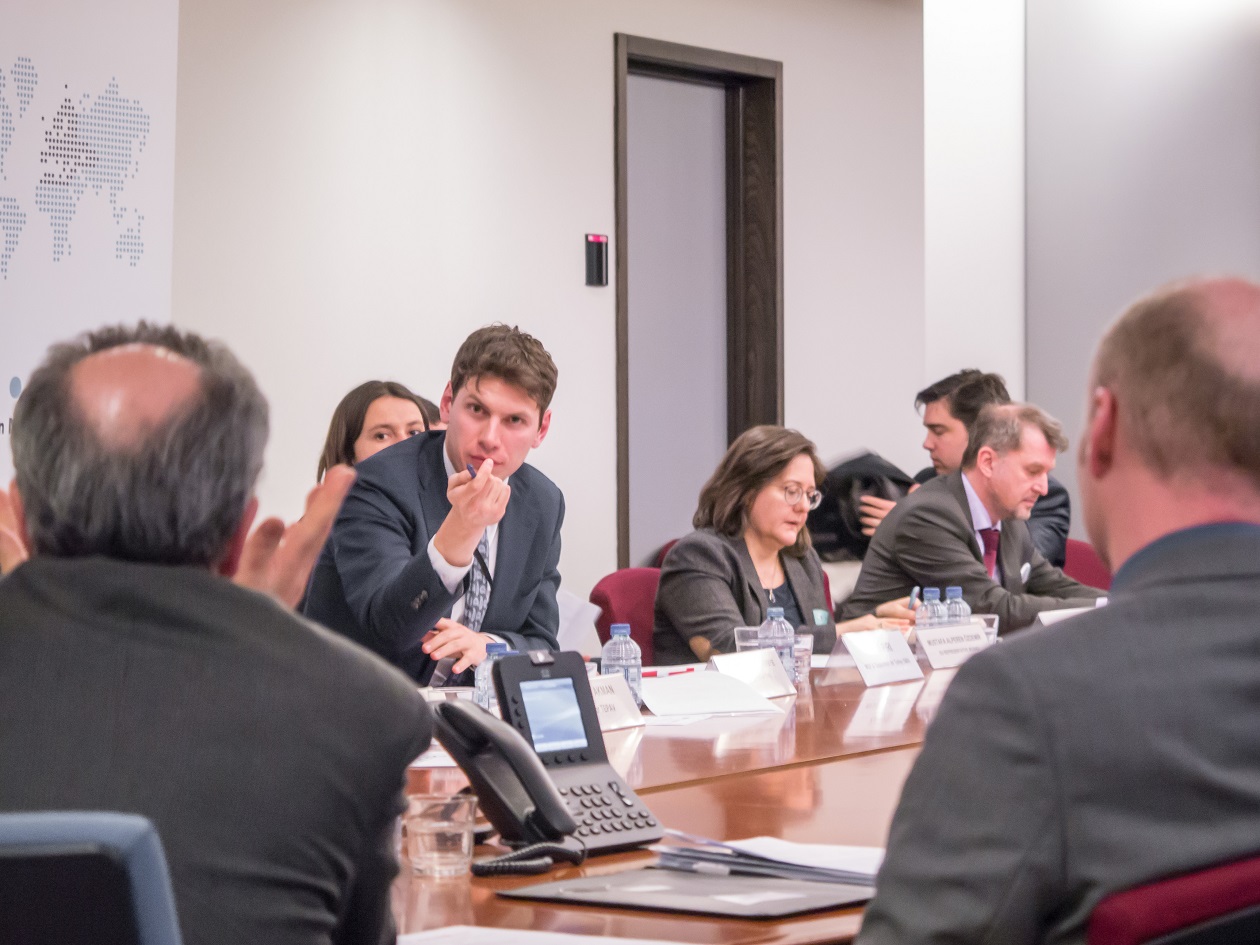 ENC will thereafter conduct research about the customs union reform process, which will be published before the Parliamentary resolution on Turkey in April 2017.

The goal of the report will be to outline the various perspectives on customs union reform in more detail, covering both the public and private sectors’ perspectives across Turkey and the EU, as well as a chapter on economic and political analysis; recommendations and what to expect in terms of negotiation and institutional timelines.