The European Neighbourhood Council (ENC), together with the Alliance of Liberals and Democrats for Europe (ALDE) and EuroAcademic EASC organized a roundtable policy discussion entitled “New trends in migration: a multi-layered perspective’, which took place on the 20th of February, 2018 at the European Parliament. Experts and practitioners working on the migration issue joined the conversation, which focused on understanding its complexities and challenges, as well as on its practical policy implication from a local, national and EU-level perspective. 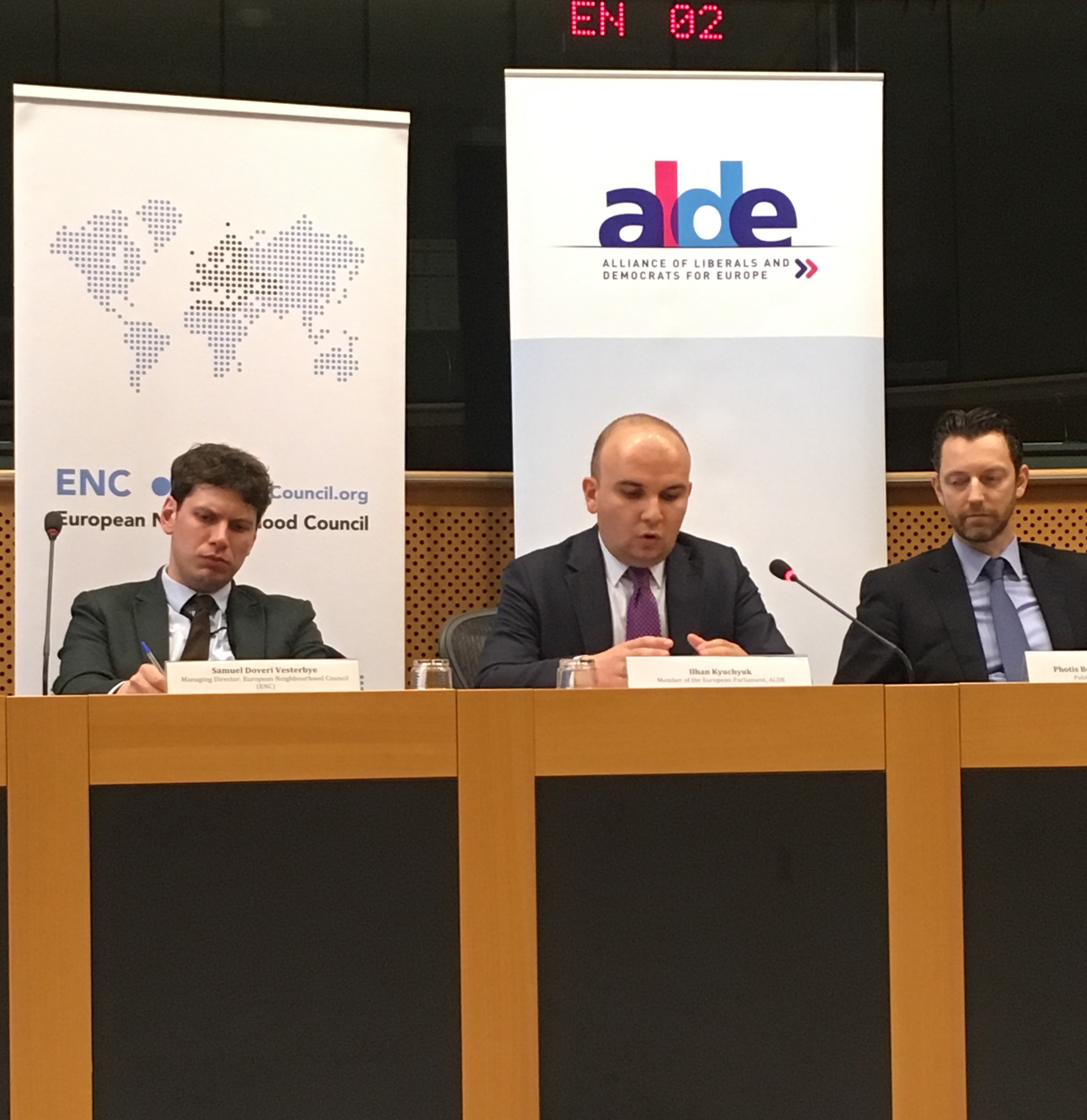 Following the initial remarks of Mr. Ilhan Kyuchyuk, Member of the European Parliament (ALDE), the roundtable policy discussion was moderated by Mr. Jorge Jesus, Director of the EU-Turkey Policy Network. 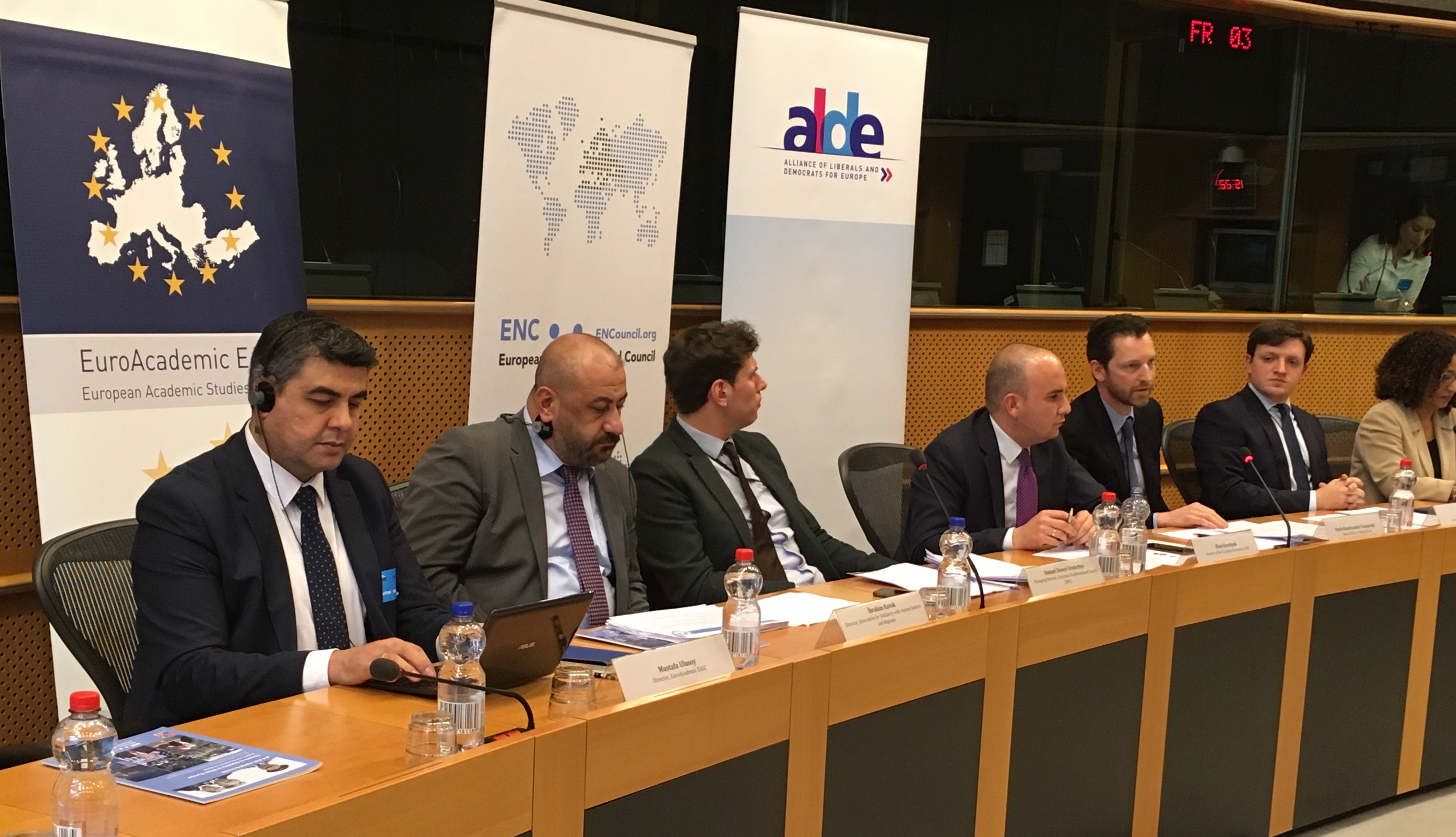 Mr. Photis Bourloyannis-Tsangaridis, Political Officer, Turkey Division, European External Action Service (EEAS) opened the first panel for discussion. He gave important insights on the issue, focusing on the positive impact of the EU and its migration policy, as well as on its shortcomings. He zoomed into the case of Turkey and EU-Turkey relations, describing the main challenges of the country, especially in relation to the Syrian refugees. 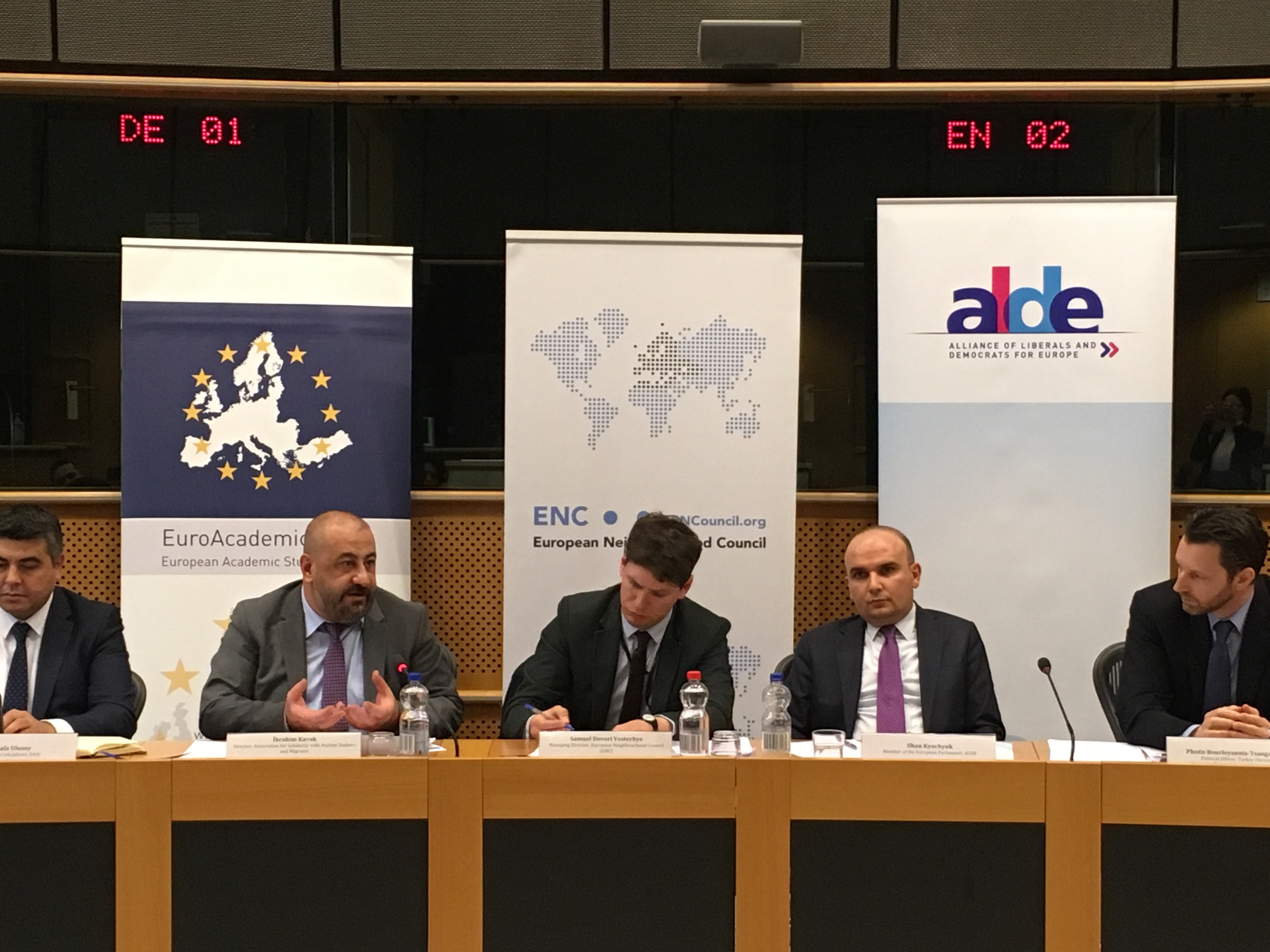 After having displayed the current trends of migration with statistic and numbers, Mr. Ibrahim Kavak, Director of the Association for Solidarity with Asylum Seekers and Migrants shed light on the worrying and tragic condition of migrants, in particular on the Syrian refugees. 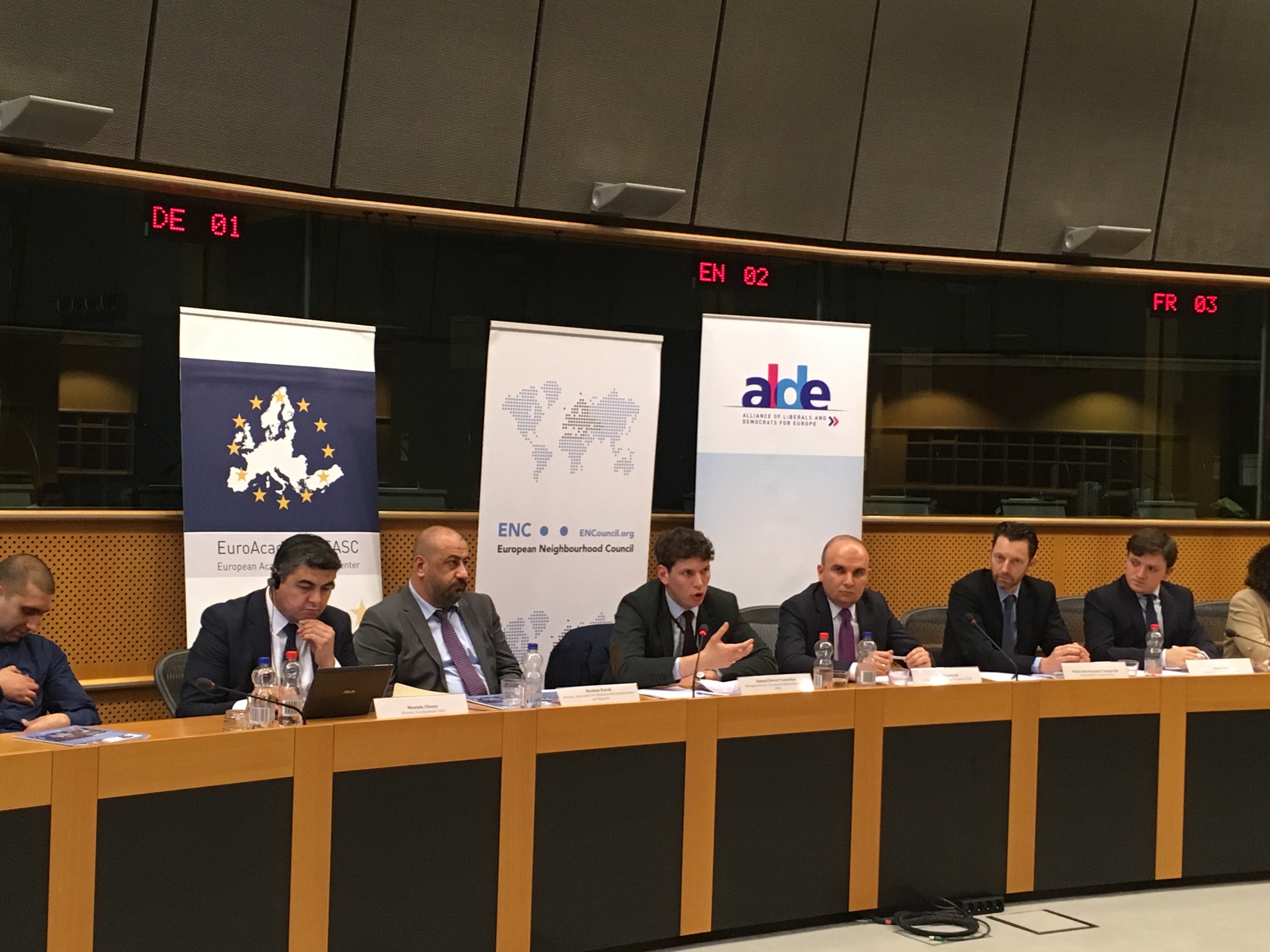 In the second panel, the European Neighbourhood Council’s (ENC) Managing Director, Mr. Samuel Doveri Vesterbye commented on the role of Libya, Jordan and Lebanon in the migration crisis and the potential impact of the forthcoming elections in several EU Member States. According to Ms. Latifa Ait Baala, Vice President of Women MR & MR International, the refugee crisis can be considered as a political one. She contributed to the discussion by highlighting the widespread populist arguments among EU Member States. 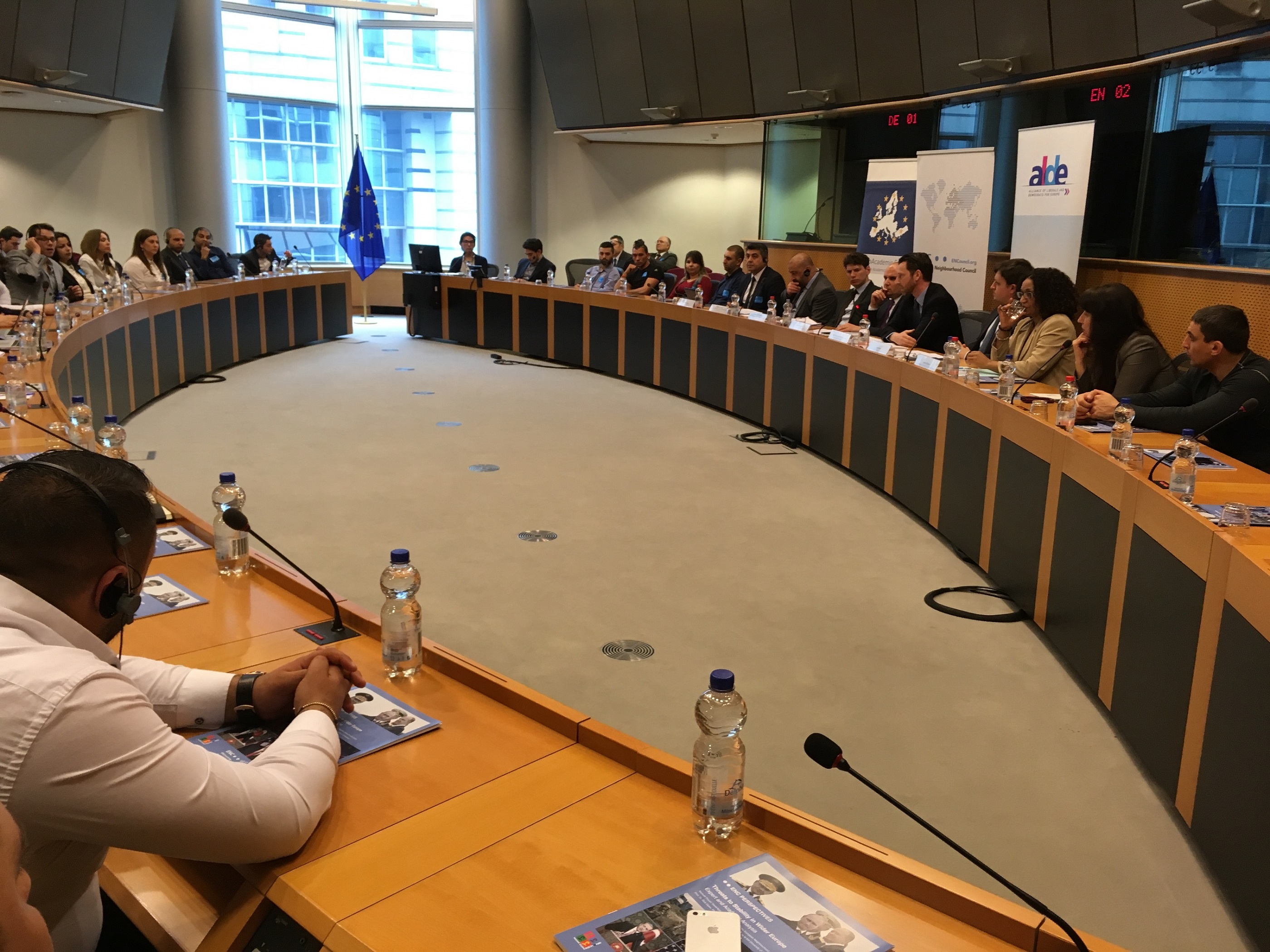 The roundtable policy discussion was concluded with the remarks of Mr. Mustafa Ulusoy, EuroAcademic EASC Director, who emphasized the salient points of the discussion, but also stressed the crucial role of NGOs in correctly informing people about migration.