Shaping the European Future: Present and Further Challenges for the Representative Polity

Shaping the European Future: Present and Further Challenges for the Representative Polity
European sentiment in Turkey among opinion-shapers and youth leaders

The European Neighbourhood Council (ENC), in cooperation with  TOBB Economics and Technology University (Ankara, Turkey), and with the support of the Friedrich Naumann Foundation (FNF) Turkey, the Delegation of the European Union (EU) to Turkey and the Economic Development Foundation (IKV), organised a lecture titled “Shaping the European Future: Present and Further Challenges for Representative Polity”, which took place on the 5th of March 2020 at TOBB Economics and Technology University. 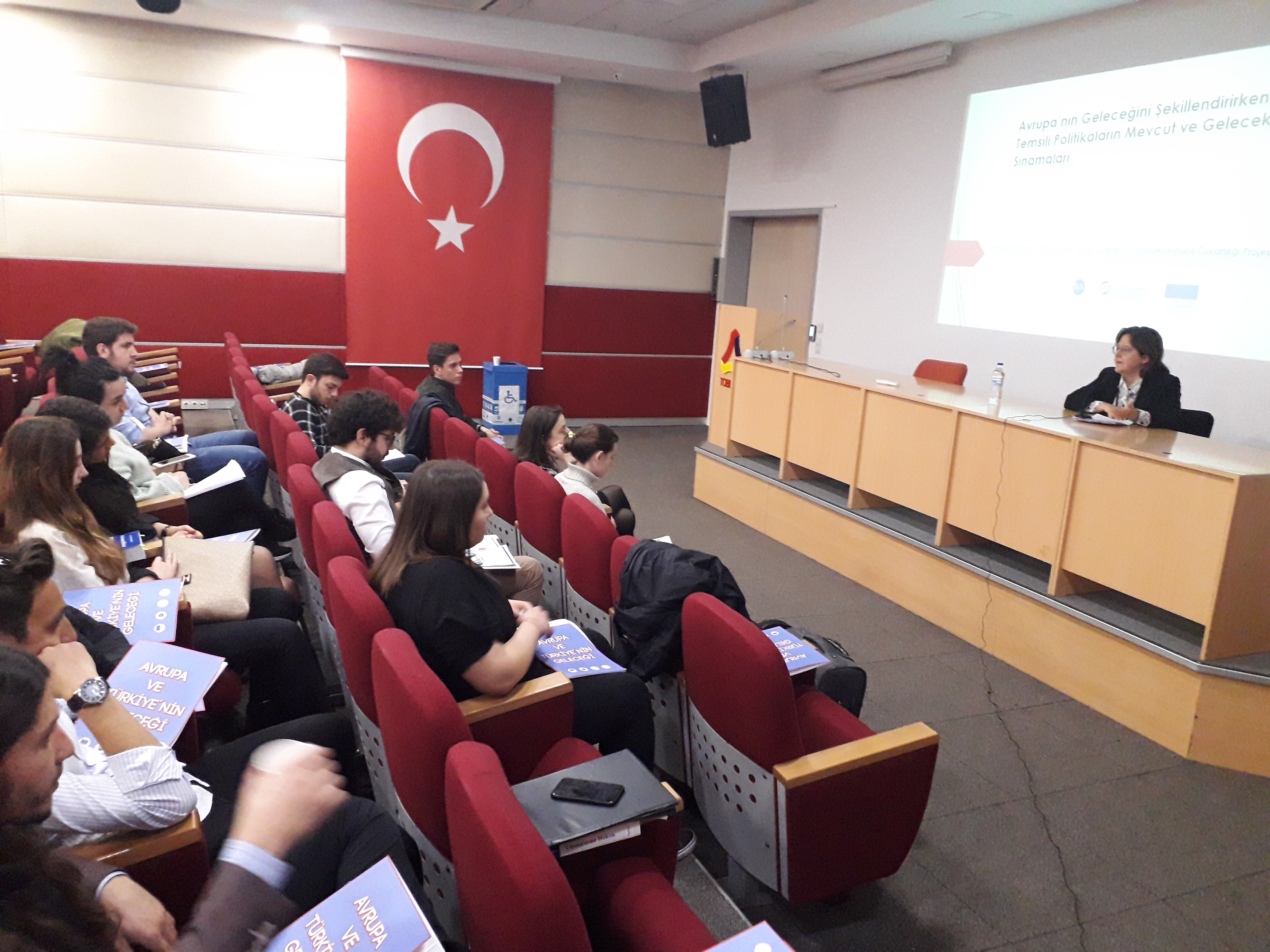 Prof. Dr. Ihsan Sezal, Dean of the Economics and Administrative Sciences at TOBB Economics and Technology University, chaired the lecture and opened the floor for discussion. Assoc. Prof. Dr. Cigdem Nas of the International Relations Department at Yildiz Technical University, delivered the keynote speech by sharing her views on the EU’s recent internal developments, noting that it is at a critical juncture in its history. The Professor, who is also the Secretary General of the IKV, gave the example of Brexit, the first time a member state is withdrawing from the Union, to underline that even a successful peace  project can be questioned. The EU has to rise up to the challenges present at its very core, notably a return to nationalism, populism, nativism, xenophobia, and protectionism. Addressing its foreign policy weaknesses is also of the utmost importance to prevent a deviation from common values in the long run. She pointed out that the credibility of Turkish membership in the EU has declined, calling into question the EU’s policies towards that country, fostering disillusionment with the European project. Human rights violations along the Turkish-Greek border have further painted EU principles in a bad light. In spite of this, Prof. Dr. Nas believes that respect for human dignity, the rule of law, justice, transparency and accountability are still universal, and the fight for these values will go on both inside and outside the Union. 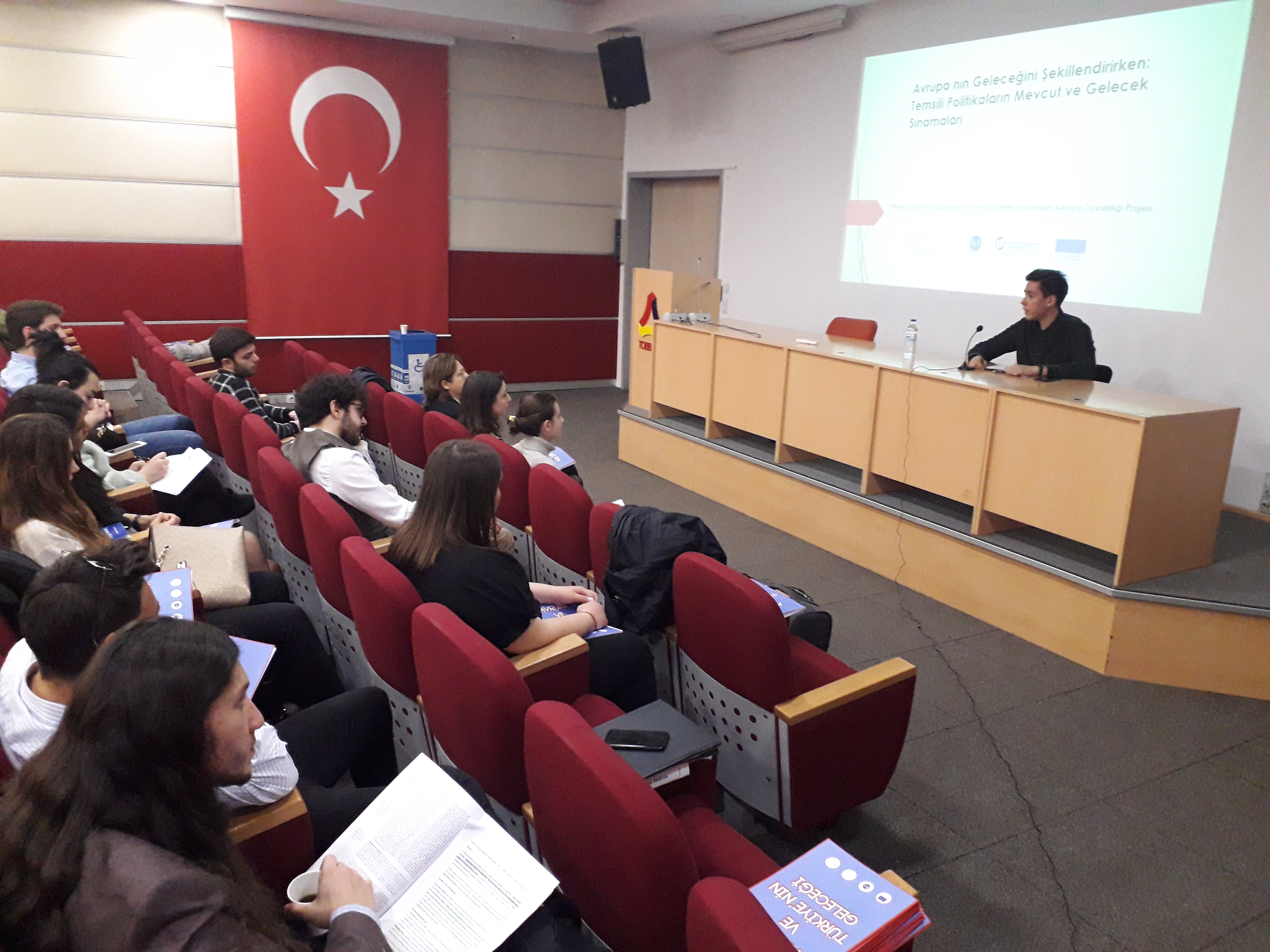 Ms. Selvi Eren, Junior Researcher at IKV, delivered a lecture on the diverse challenges facing representative democracy in the EU, which has come under pressure from both the supranational and the national level. Ms. Eren focused on the Eurosceptic populist views which seek to reshape the structure of the integration project according to their own agenda. Attitudes to the European integration project, Ms. Eren emphasised, are not only deeply nuanced, encompassing a wide spectrum from pro-EU to anti-EU stances, but their core arguments also diverge on social, environmental, democratic and governance issues. Ms. Eren stressed the need to address these multi-layered challenges within the scope of the representative polity to effectively discuss the future of Europe. The lecture also discussed the “Brexit effect” on the integration project, the breaches of European values by individual member states and public opinion on the EU.

The fifth lecture is scheduled to take place at Cukurova University on the 6th of March 2020 and will focus on “European Common Security and Foreign Policy and Turkey” with guest speaker Dr. Ozan Kuyumcuoglu, Research Assistant at the International Relations Department of Istanbul Bilgi University.